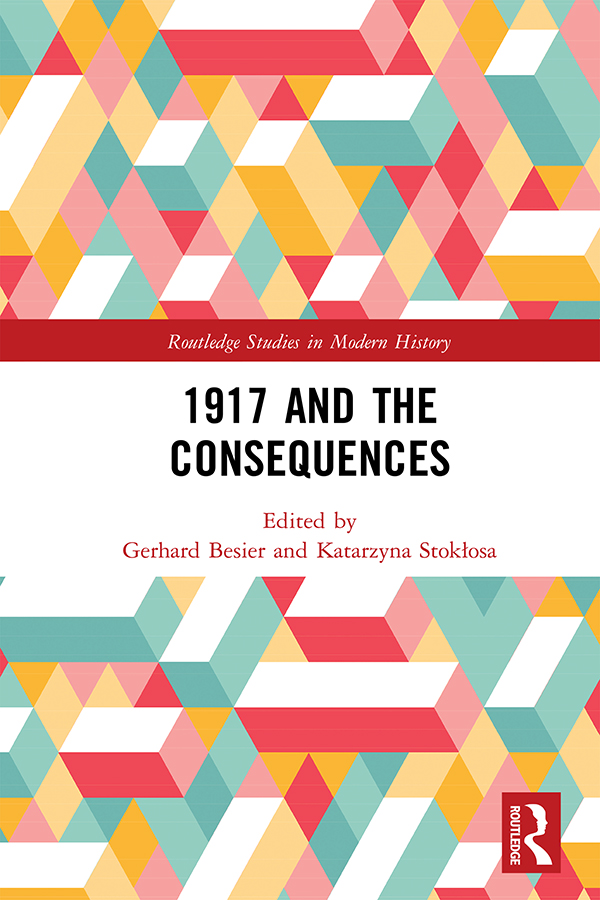 The Russian Revolution of 1917 has been one of the most important events of modern history. It changed the course of the events not only in Russia but, on a wider scale, across the world while it influenced the flow of history throughout the twentieth century until the fall of the Soviet Union and, to some extent, well beyond this time. Radical change in Russia triggered social revolutions and reformations across Europe, while authoritarian systems shaped their societies according to the Russian model. This book analyses these forces, particularly at the European periphery which has been underexplored until this volume.

List of illustrations; Abbreviations; Notes on contributors; 1. Introduction (Katarzyna Stokłosa and Gerhard Besier); 2. 7 November in post-Soviet politics of history (Stefan Troebst); 3. In search of a ‘red’: East Central Europe’s responses to the Russian Revolutions (Maciej Górny); 4. "Drown it in Lenin’s and his Jewish creatures’ blood": Danish reactions to the 1917 Russian Revolution (Thomas Wegener Friis and Jesper Jørgensen); 5. The intervention of the German Empire in the Finnish Civil War 1917/18: from revolutionary state to kingdom (Gerhard Besier); 6. Perceptions of the 1917 Revolution in Latvia and Estonia (Benjamin Conrad); 7. The meaning of Kruty: remembering the 1917–1921 revolution and the struggle for Ukrainian statehood (Lina Klymenko); 8. The reverberations of the October 1917 Revolution and the state of siege in interwar Romania (Corneliu Pintilescu); 9. 1917, a turning point in neutral countries: Great War and Russian Revolution in Spain (and Argentina) (Maximiliano Fuentes Codera); Index

Gerhard Besier is a well-known historian, theologian and psychologist. He has held chairs at the Universities of Berlin, Heidelberg and Dresden, and is currently Director of the Sigmund Neumann Institute.

Katarzyna Stoklosa is Associate Professor in the Department of Political Science and Public Management, Centre for Border Region Studies, at the University of Southern Denmark. She has published widely on European history.