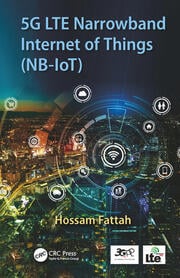 This book explains the 3GPP technical specifications for the upcoming 5G Internet of Things (IoT) technology based on latest release which is Release 15. It details the LTE protocol stack of an IoT device, architecture and framework, how they are functioning and communicate with cellular infrastructure, and supported features and capability. NB-IoT is designed to connect a large number of devices in a wide range of application domains forming so-called Internet of Things (IoT). Connected devices are to communicate through cellular infrastructure. This technology is new within the 3GPP specifications and is part of upcoming new wireless technology known as 5G.

Between 2004 to 2013, he has been with the academia and industry, including Texas A&M University and Spirent Communications, USA, working on wireless communication technology, cellular systems, and research and development for several wireless standards and protocol stacks including Zigbee, WiFi, WiMax, CDMA, and 3G/4G/5G systems.

Since 2013, he has been with Microsoft Corporation, USA, working on different networking products and services for Windows and Cloud networking. He is also affiliated with University of Washington, Tacoma, USA collaborating on 5G research and innovations.

He has contributed to many technical publications in referred conferences, journal, patents, and talks. He is a registered professional Engineer with the Engineers and Geoscientists of British Columbia, Canada.