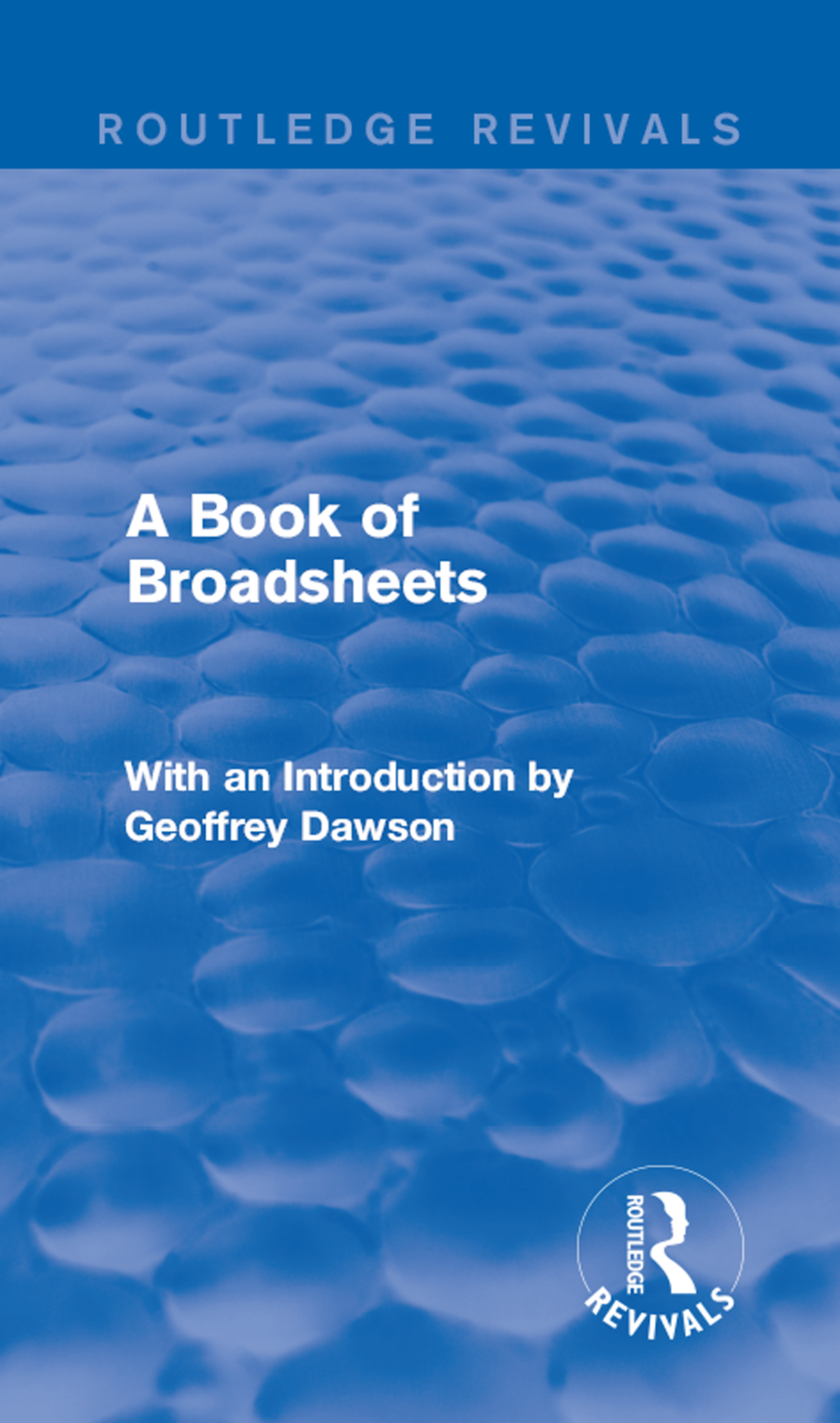 A Book of Broadsheets (Routledge Revivals)

With an Introduction by Geoffrey Dawson, 1st Edition

This book, together with A Second Book of Broadsheets makes up an anthology of the 1915 broadsheets distributed by The Times to members of H.M. Forces serving in the trenches of World War I. The volume contains a wide variety of rich literature from before the war and was designed to give soldiers entertainment. It includes extracts from the works of Thomas Hardy, Rudyard Kipling, William Shakespeare, William Wordsworth and Charles Dickens.

A Choir Practice, Poems of England, St Crispin's Day, On Birds and Trouts, A Game of Cribbage, England at War, David Harris Cricketer, Partridge at the Play, The Last Fight of the Revenge, The Winchester Country, Nine Songs from Shakespeare, Mr Macawber's Transactions, John Cavanagh: The Fives-Player, The Men in Buckram, Two Letters of Charles Lamb, David and Goliath, A Quarrel with the Captain, Ballad of Agincourt, The River of Death, Amyas Throws his Sword into the Sea, Three Ballads, Abraham Lincoln, Mr Tony Weller on Literature, A Night Attack, The Queensbury Diligence, L'Allegro, Admiralty Instructions Relative to Horses and Dogs, The Upper Thames, Mr Pecksniff at the Boarding House, cont…

Routledge Revivals: A Book of Broadsheets

Together, the books make up an anthology of the 1915 broadsheets distributed by The Times to members of H.M. Forces serving in the trenches of World War I. The volumes contain a wide variety of rich literature form before the war.