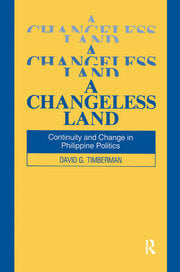 First Published in 1992. Routledge is an imprint of Taylor & Francis, an Informa company.

Since 1492, the distinct cultures, peoples, and languages of four continents have met in the Caribbean and intermingled in wave after wave of post-Columbian encounters, with foods and their styles of preparation being among the most consumable of the converging cultural elements.

This book traces the pathways of migrants and travellers and the mixing of their cultures in the Caribbean from the Atlantic slave trade to the modern tourism economy. As an object of cultural exchange and global trade, food offers an intriguing window into this world. The many topics covered in the book include foodways, Atlantic history, the slave trade, the importance of sugar, the place of food in African-derived religion, resistance, sexuality and the Caribbean kitchen, contemporary Caribbean identity, and the politics of the new globalisation. The author draws on archival sources and European written descriptions to reconstruct African foodways in the diaspora and places them in the context of archaeology and oral traditions, performance arts, ritual, proverbs, folktales, and the children's song game "Congotay." Enriching the presentation are sixteen recipes located in special boxes throughout the book.