A History of Eastern Europe
Crisis and Change 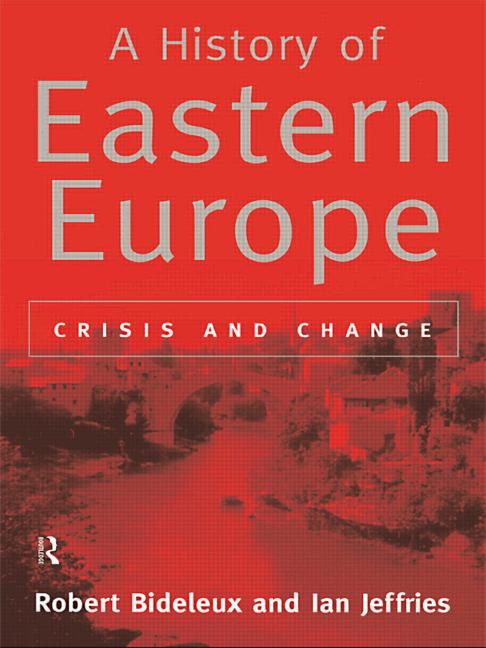 A History of Eastern Europe: Crisis and Change

A History of Eastern Europe: Crisis and Change is a wide-ranging single volume history of the "lands between", the lands which have lain between Germany, Italy, and the Tsarist and Soviet empires.

Bideleux and Jeffries examine the problems that have bedevilled this troubled region during its imperial past, the interwar period, under fascism, under communism, and since 1989. While mainly focusing on the modern era and on the effects of ethnic nationalism, fascism and communism, the book also offers original, striking and revisionist coverage of:

* ancient and medieval times
* the Hussite Revolution, the Renaissance, the Reformation and the Counter-Reformation
* the legacies of Byzantium, the Ottoman Empire and the Hapsburg Empire
* the rise and decline of the Polish-Lithuanian Commonwealth
* the impact of the region's powerful Russian and Germanic neighbours
* rival concepts of "Central" and "Eastern" Europe
* the 1920s land reforms and the 1930s Depression.

Providing a thematic historical survey and analysis of the formative processes of change which have played the paramount roles in shaping the development of the region, A History of Eastern Europe itself will play a paramount role in the studies of European historians.

'A comprehensive reference book and a general introduction to help us understand the historical background of the transition in Eastern Europe.' - The Beaver

'This book is an ambitious undertaking. The book excels in urging readers to 'think again' about the succession of regimes and ideologies that have shaped, destroyed and resurrected Eastern European nations.' - Contemporary Review, 01 May 98.