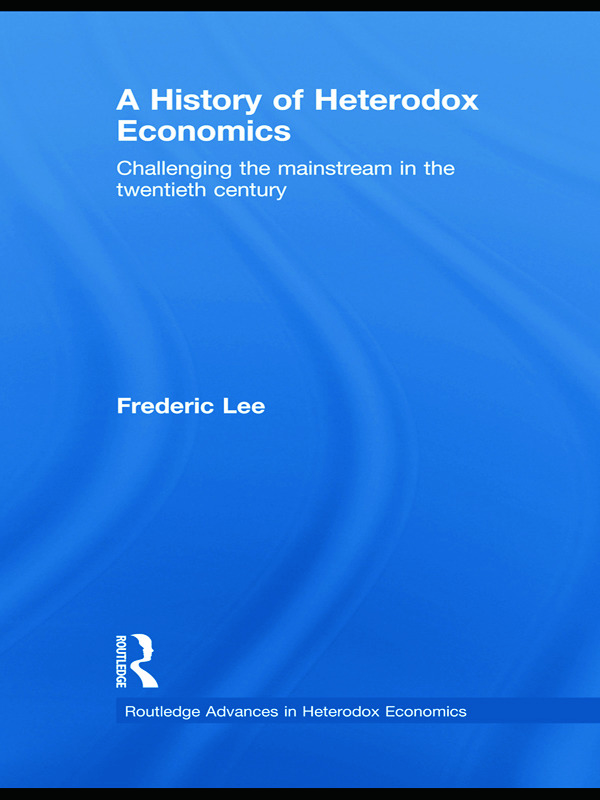 A History of Heterodox Economics

Challenging the mainstream in the twentieth century, 1st Edition

'Fred Lee is an international treasure to heterodox economics, and this book is a treasure chest for heterodox economists, carefully laying out where we have come from and what we are up against. It is imperative reading for all of those concerned to offer alternatives to an intellectually bankrupt and intolerant mainstream.' -- Ben Fine (SOAS, University of London, UK)

'Fred Lee is a passionate and tireless proponent of heterodox economics, both in his organizational and scholarly activities. In this book the two sets of activities come together. Lee provides an excellent discussion of the history of heterodox economics in context of the organizations and networks of the economics discipline.' -- Wilfred Dolfsma (Utrecht University, the Netherlands)

'For decades, Lee has been meticulously documenting the marginalization and even exclusion of heterodox economics in the US and the UK. At last, he has put together his long-awaited, encyclopedic survey of the field. However, this book reads well, not like a dry encyclopedia. Lee adds color by introducing his reader to many of the scholars in order to give a context to their work. … This book deserves the widest possible circulation. … Highly recommended. -- CHOICE, M. Perelman (California State University)

Frederic Lee is Professor of Economics at University of Missouri-Kansas City, USA.

Over the past two decades, the intellectual agendas of heterodox economists have taken a decidedly pluralist turn.  Leading thinkers have begun to move beyond the established paradigms of Austrian, feminist, Institutional-evolutionary, Marxian, Post Keynesian, radical, social, and Sraffian economics—opening up new lines of analysis, criticism, and dialogue among dissenting schools of thought.  This cross-fertilization of ideas is creating a new generation of scholarship in which novel combinations of heterodox ideas are being brought to bear on important contemporary and historical problems.