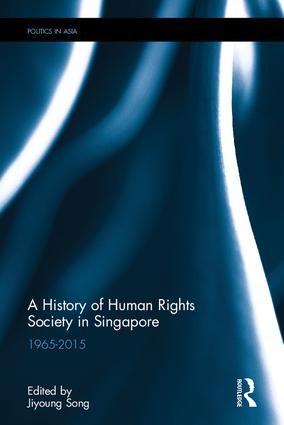 A History of Human Rights Society in Singapore

To celebrate Singapore’s fiftieth anniversary for its independence from Malaysia in 2015, 35 students, academics and activists came together to discuss and write about pioneering Singaporean human rights activists and their under-reported stories in Singapore. The city-state is known for its remarkable economic success while having strict laws on individual freedom in the name of national security, public order and racial harmony. Singapore’s tough stance on human rights, however, does not negate the long and persistent existence of a human rights society that is little known to the world until today. This volume, composed of nine distinctive chapters, records a history of human rights activists, their campaigns, main contentions with the government, survival strategies and other untold stories in Singapore’s first 50 years of state-building.

Chapter 7 Against a Teleological Reading of the Advancement of Women’s Rights in Singapore (Edwina Shaddick, Goh Li Sian and Isabella Oh)

Jiyoung Song is Director of Migration and Border Protection at the Lowy Institute in Sydney and joins the Asia Institute of the University of Melbourne in July 2017.