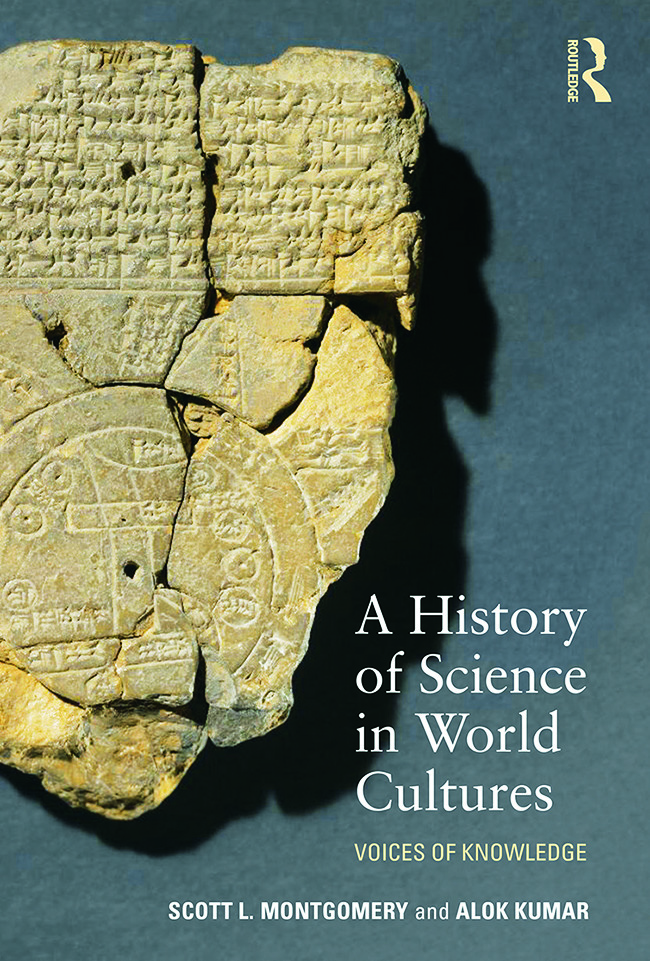 A History of Science in World Cultures

To understand modern science, it is essential to recognize that many of the most fundamental scientific principles are drawn from the knowledge of ancient civilizations. Taking a global yet comprehensive approach to this complex topic, A History of Science in World Cultures uses a broad range of case studies and examples to demonstrate that the scientific thought and method of the present day is deeply rooted in a pluricultural past.

Covering ancient Egypt, Mesopotamia, India, Greece, China, Islam, and the New World, this volume discusses the scope of scientific and technological achievements in each civilization and how the knowledge it developed came to impact the European Renaissance. Themes covered include the influence these scientific cultures had upon one another, the power of writing and its technologies, visions of mathematical order in the universe and how it can be represented, and what elements of the distant scientific past we continue to depend upon today. Topics often left unexamined in histories of science are treated in fascinating detail, such as the chemistry of mummification and the Great Library in Alexandria in Egypt, jewellery and urban planning of the Indus Valley, hydraulic engineering and the compass in China, the sustainable agriculture and dental surgery of the Mayas, and algebra and optics in Islam.

This book shows that scientific thought has never been confined to any one era, culture, or geographic region. Clearly presented and highly illustrated, A History of Science in World Cultures is the perfect text for all students and others interested in the development of science throughout history.

"Scholarly yet accessible, rich in detail yet thematically clear, ambitious yet balanced in scope."

"For the past twenty years, Scott Montgomery has been in the forefront of studying the role that translation has played in the history of science. This book is a culmination of that work. In a bold inversion of how general histories of science are normally written, Montgomery and Kumar show how eight world cultures – each with its own knowledge-producing traditions – fed into what we now recognize as the ‘Scientific Revolution’ of 17th-century Europe. Readers will be impressed by just how much of that history can be told simply by following the movement of people and ideas across lands and languages. The result is an account of ‘science as civilization’ that is a worthy successor to the project first laid down a century ago by the founder of the history of science field, George Sarton."

List of figures. Preface. 1. Cultural Diversity and The Scientific Endeavor 2. Science in Egypt: Creating a Civilization 3. Land Between Two Rivers: Science in Ancient Mesopotamia 4. Indian Science: A Great Blending of Traditions 5The Greeks and Science: Powers of Discovery and Inheritance 6. Science in China: The Wages of Order and Invention 7. Science in Islam: Absorption and Transformation 8. New World Civilizations: Olmecs, Incas, Mayans, and Aztecs 9. Interpreting the World: Europe Builds a New Mind 10. Conclusion: Themes in the World History of Scientific Cultures. Index.

Scott Montgomery is an affiliate faculty member in the Jackson School of International Studies, University of Washington (Seattle). His publications include Does Science Need a Global Language? English and the Future of Research (2013), Science and Translation: Movements of Knowledge in Culture and Time (2001), and The Scientific Voice (1996).

Alok Kumar is professor of physics at the State University of New York, Oswego. His publications include Science in the Medieval World (1991 and 1996) and Sciences of the Ancient Hindus: Unlocking Nature in the Pursuit of Salvation (2014).