A History of Terrorism 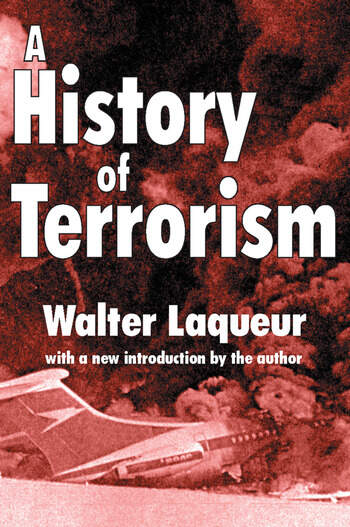 A History of Terrorism

Assassinations, bombings, hijackings, diplomatic kidnappings-terrorism is the most publicized form of political violence. The history of terrorism goes back a very long time, but the very fact that there is such a history has frequently been ignored, even suppressed. This may be because terrorism has not appeared with equal intensity at all times. When terrorism reappeared in the late twentieth century after a period of relative calm, there was the tendency to regard it as a new phenomenon, without precedent. The psychological study of terrorism has never been much in fashion. But this neglect has left a number of crucial questions unanswered. Among these are why some people who share the same convictions turn to terrorism and others do not. What is terrorism's true impact on international politics? What influence might it exert in the future?

A History of Terrorism completes Walter Laqueur's pioneering and authoritative study of guerrilla warfare and terrorist activity. He charts the history of political terror from nineteenth-century Europe, through the anarchists of the 1880s and 1890s, the left- and right-wing clashes during the twentieth century, and the multinational operations of Arab and other groups today. Laqueur examines the sociology of terrorism: funding, intelligence gathering, weapons and tactics, informers and countermeasures, and the crucial role of the media. He probes the "terrorist personality" and how terrorists have been depicted in literature and films. The doctrine of systematic terrorism and current interpretations of terrorism, its common patterns, motives, and aims, are unflinchingly faced and clearly explicated. Finally, Laqueur considers the effectiveness of terrorism and examines the ominous possibility of nuclear blackmail. Challenging accepted assumptions, forecasting the changes in terrorist activity that will affect tomorrow's headlines, Walter Laqueur demystifies terrorism without belittling its importance. Together with its companion volume, Guerrilla Warfare, also available from Transaction, A History of Terrorism is an essential tool for assessing and understanding this all-too-often sensationalized modern expression of extreme political action.

Introduction to the Transaction Edition

2 The Philosophy of the Bomb

3 The Sociology of Terrorism