A Monograph on Whiteflies

A Monograph on Whiteflies

In all, 1550 species of whiteflies have been identified. The rapid spread of Bemisia tabaci has occurred throughout the globe and it is regarded as the most notorious species. It is a complex species known to contain many biotypes namely, New World (Biotype -A), B-biotype MEAM1 (Biotype-B or Bemisia argentifolii, and MED (Biotype-Q) depending upon the geographical location. The complete information on the bio-ecology of important species along with the feeding mechanism has been presented in this book. The use of modern techniques of identification has added more biotypes considering the variations in host range, species of endosymbionts, virus transmission efficiency, and resistance to pesticides. The resistance and resurgence due to pesticides has been discussed in the monograph. The information on economic thresholds for judicious use of pesticides or release of natural enemies against whiteflies has been quoted in this compilation The pest control methods, namely chemical, cultural measures, biocontrol agents, resistant varieties, and mechanical devices have been elaborated on. Based on the availability of information the integrated model has been suggested to contain the whitefly menace under different situations. Considering the key factors responsible for the outbreak of whiteflies, a sound system of IPM has been formulated. The book also contains the use of semiochemicals and biotechnological tools likely to gain momentum in the future.

N.S. Butter was born to a rural family in a small village, Hakam Singh Wala, District Bathinda, Punjab, India on 13 October 1948. After attaining his school education in 1967, he joined the Punjab Agricultural University, Ludhiana, and obtained his BSc (Agriculture) in 1971, MSc (Entomology) in 1973, and Ph.D. (Entomology) degrees in 1976. Being a meritorious student, he won a merit scholarship for his bachelor’s and master’s degrees and was awarded the Senior Fellowship, Council of Scientific and Industrial Research during his Ph.D., which was converted into a post-doctorate fellowship after the completion of his doctorate in 26 November 1976. Dr. N.S. Butter served in this position up till 23 February 1977. The fellowship was relinquished on taking on the post of Assistant Entomologist where he continued to work till 30 June 1987. Dr. Butter got promoted as Entomologist (Cotton) and continued to work in that post till 30 March 1994. Dr. Butter was selected as Professor of Plant Protection and joined that post on 31 March 1994, after which he was elevated to the post of Head, Department Entomology on 20 June 2006, where he discharged the administrative duties till his superannuation on 31 October 2008. During this period, Dr. Butter worked on cotton insect pests and made several recommendations for their management, guided nine postgraduate students in entomology, and taught both under-graduate and post-graduate courses in entomology, delivered special lectures in seminars/symposia, delivered forty-two TV/radio talks on pest management, established a plant clinic at the university level (this model was emulated in the country). Dr. Butter has published 250 papers, including 85 research papers extension articles, books, book chapters, review articles in journals of repute to his credit. Dr. Butter is a Fellow of the Entomological Society of India and the Indian society for the Advancement of Insect Science. As an administrator, he has organized seminars on important topics, and conducted workshops and review meetings of research teams/projects. Besides this, he has helped in upgrading the infrastructure facilities in the Department of Entomology. Considering his outstanding research contributions in agricultural research in general and entomology in particular, Prof. Butter was honored with the ‘Hexamar Award’ given by the Indian Society for Cotton Improvement, in Mumbai, 1992, the ‘Punjab Sarkar Parman Patra, 2002’ by the state government of Punjab, and ‘The Lifetime Achievement Award’ by the Cotton Research and Development Association of India in 2018. Dr. Butter has also visited the erstwhile USSR as a member of a two man delegation to study integrated pest and disease management in cotton from 4th–24th July 1987.

was the former Additional Director of Research and Head Department of Entomology at Punjab Agricultural University Ludhiana. After obtaining his postgraduate and doctorate degrees from PAU, joined the same Institute as an Assistant Entomologist in 1973 and continued to work on the management of cotton pests and made more than seventy-one recommendations to benefit farmers. He won the ICAR Team Award 2004, National Award for Transfer of Technology for Street Play and PAU Best Extension Worker Award 2008, and Award of Honor (2008). Dr. Dhawan also served as the State Coordinator for IPM (cotton) from 2004 to 2011 in Punjab. He has authored 15 books, 402 research papers, and 80 extension publications. He has been instrumental in developing a methodology to disseminate technology to farmers, which was adopted at the national level. He is a member of various scientific panels for different levels of the government and the private sector. Dr. Dhawan is Fellow, Indian Society for the Advancement of Insect Science (2007), Entomological Society of India (2005), Indian Ecological Society (1995), Society for Sustainable Cotton Production (2006). He is a Life member of eleven professional societies, and has held positions of president, vice president, general secretary, joint secretary, managing editor, editor, and associate editor and served as a Member, Executive Board with headquarter at Ludhiana. He has been instrumental in organizing ten international/national seminars/workshops/conferences to demonstrate the concept of IPM and transfer of technology. 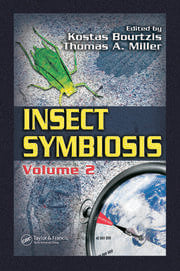