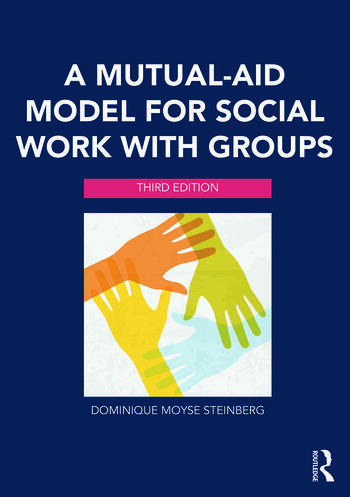 Group work is a popular and widely used social work method. Focusing particularly on the central role of mutual aid in effective group work, this text presents the theoretical base, outlines core principles, and introduces the skills for translating those theories and principles into practice.

will help readers to catalyze the strengths of group members such that they become better problem solvers in all areas of life from the playroom to the boardroom. Increased coverage of evaluation and evidence-based practice speaks to the field’s growing concern with monitoring process and assessing progress. The book also includes:

Case examples are used throughout to help bridge the gap between theory and practice, and exercises for class or field, help learners to immediately apply conceptual material to their practice. All resources required to carry out the exercises are contained in over 20 appendices at the end of the book. Key points at the end of each chapter recap the major concepts presented, and a roster of recommended reading for each chapter points the reader to further resources on each topic.

Designed to support ethical and successful practice, this textbook is an essential addition to the library of any social work student or human service practitioner working with groups.

Dominique Moyse Steinberg is former chair of the group work sequence at Hunter College School of Social Work in New York City, USA and currently sits on the executive committee of the International Association for Social Work with Groups, Inc.