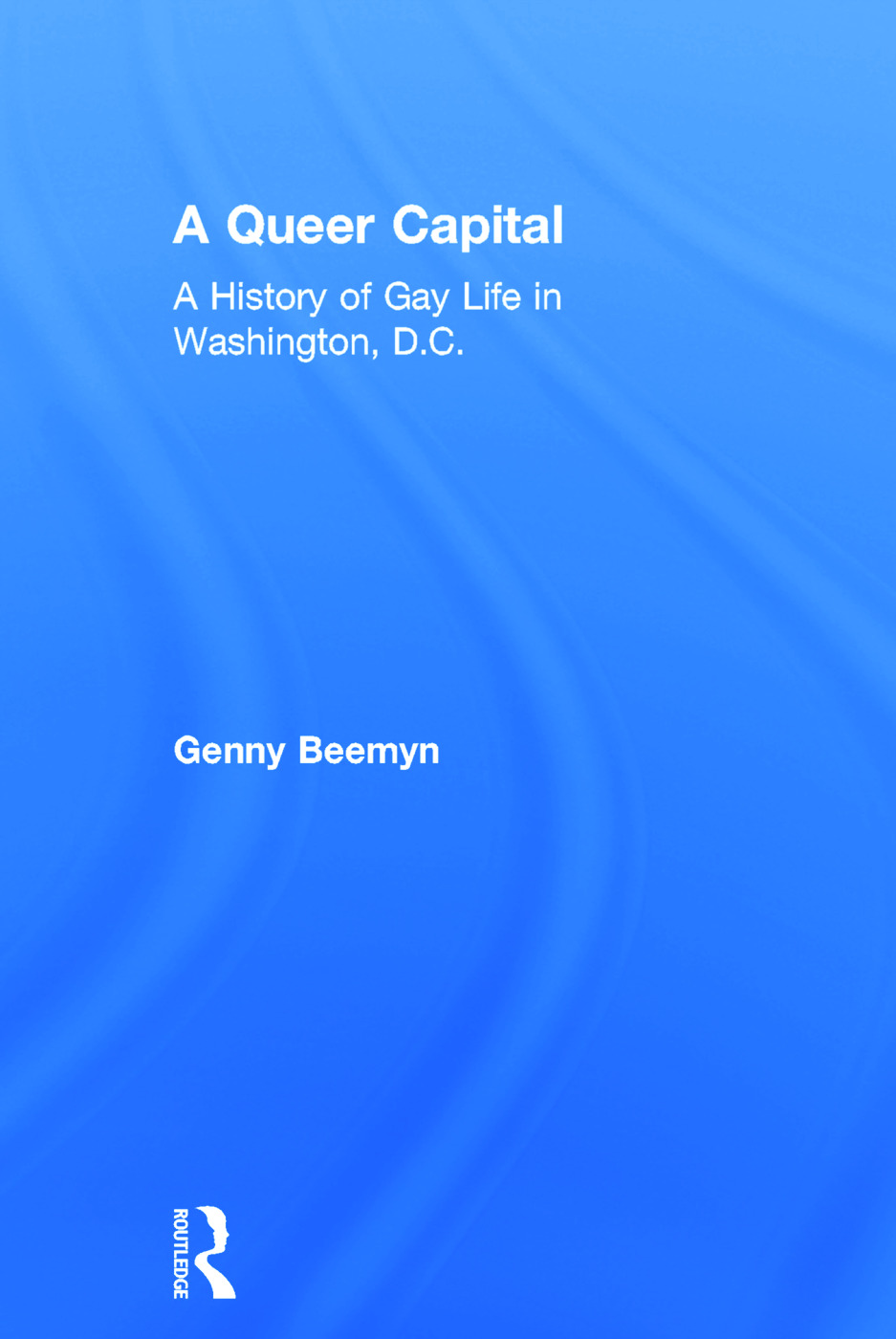 A History of Gay Life in Washington D.C., 1st Edition

Rooted in extensive archival research and personal interviews, A Queer Capital is the first history of LGBT life in the nation’s capital. Revealing a vibrant past that dates back more than 125 years, the book explores how lesbians, gay men, and bisexuals established spaces of their own before and after World War II, survived some of the harshest anti-gay campaigns in the U.S., and organized to demand equal treatment. Telling the stories of black and white gay communities and individuals, Genny Beemyn shows how race, gender, and class shaped the construction of gay social worlds in a racially segregated city.

From the turn of the twentieth century through the 1980s, Beemyn explores the experiences of gay people in Washington, showing how they created their own communities, fought for their rights, and, in the process, helped to change the country. Combining rich personal stories with keen historical analysis, A Queer Capital provides insights into LGBT life, the history of Washington, D.C., and African American life and culture in the twentieth century.

Genny Beemyn’s A Queer Capital is at once exhilarating and moving. Brimming with newly discovered information and vibrant sketches of people and historical events brought together with a fresh eye and original analysis, A Queer Capital is an important addition to academic and popular studies of LGBT American history.

—Michael Bronski, author of A Queer History of the United States

A must-read addition to community studies, Beemyn’s account achieves a unique balance between detail from personal stories and the larger social context of DC and the nation. The centrality of race and class to any understanding of LGBT lives is demonstrated throughout the clear, engaging narrative.

Genny Beemyn tells compelling stories of individual lives, communities, and social spaces, in the process showing how racial segregation and class division shaped the lives of lesbian, gay, bisexual, and transgender people in the District of Columbia. This is a community history that, like the best of them, enlarges the big picture of the queer past.

—Leila J. Rupp, author of Sapphistries: A Global History of Love between Women

A Queer Capital is a meticulously researched study of the shifting social and cultural geography of LGBT life throughout the 20th century in Washington D.C. Beemyn pays close attention to the entwined dynamics of race, gender, and class in this history, and provides a welcome addition to the historical literature.

Beemyn, director of the Stonewall Center at the University of Massachusetts, Amherst, offers a fascinating account of lesbian, gay, bisexual, and transgender (LGBT) life in Washington, DC… Beemyn's work is sweeping in chronology and scope. Particularly illuminating is their analysis of how race, gender, class, and region shaped (and continue to shape) LGBT experiences, communities, and identities. Summing Up: Highly recommended. Undergraduate collections and above.

1. The Geography of Same-Sex Desire: Cruising Men in Washington D.C. in the Late Nineteenth and Early Twentieth Centuries

2. "Sentiments Expressed Here would be Misconstrued by Others": The Same-Sex Sexual Lives of Washington's Black Elite in the Early Twentieth Century

3. Race, Class, Gender, and the Social Landscape of the Capital's Gay Communities during and after World War II

4. The Policing of Same-Sex Desire in Postwar Washington

5. LGBT Movements in the Capital in the Mid to Late Twentieth Century: Three Historic Moments

Genny Beemyn is Director of The Stonewall Center at the University of Massachusetts, Amherst, and has published extensively in LGBTQ Studies, including The Lives of Transgender People.