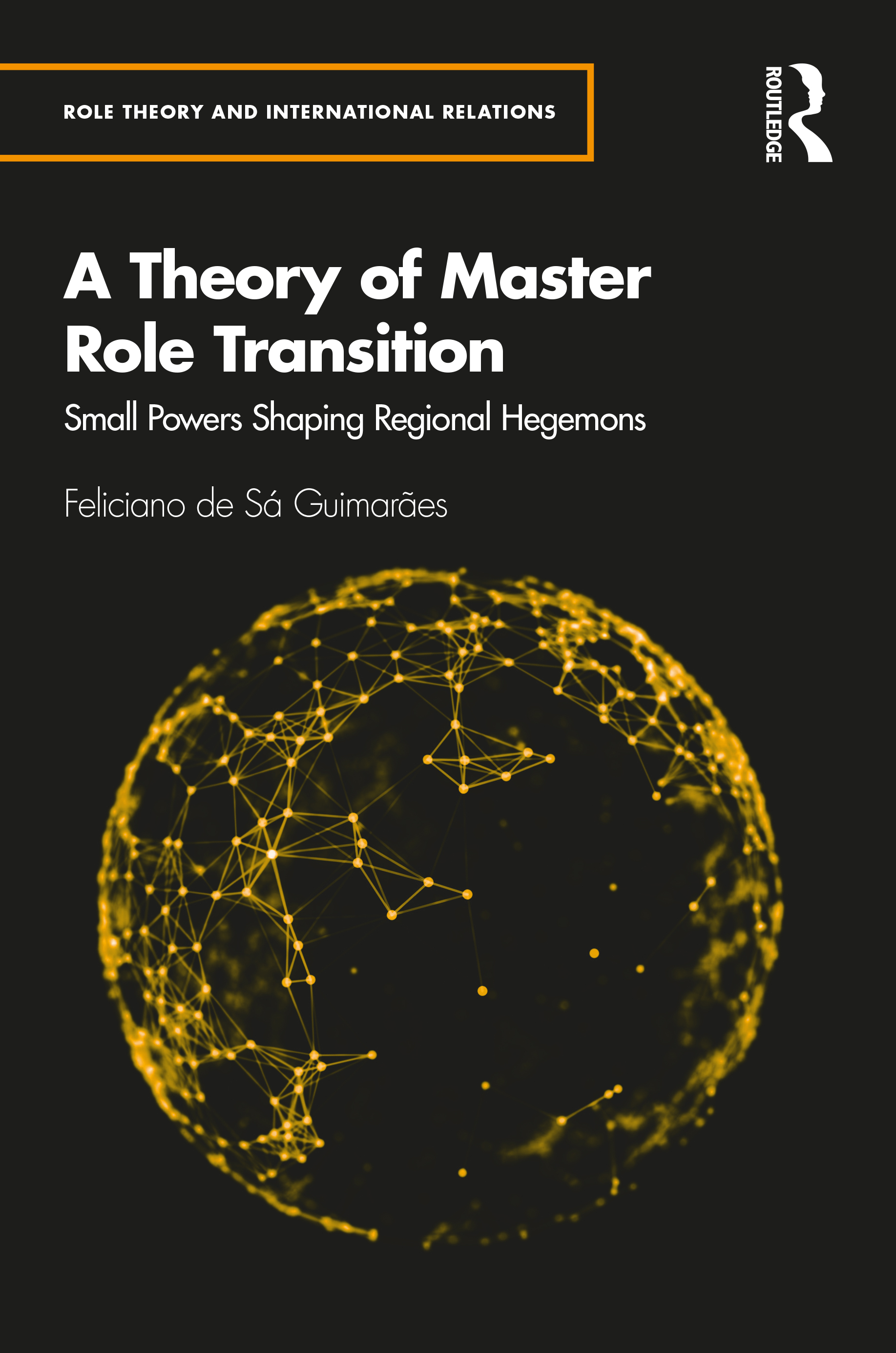 A Theory of Master Role Transition

In this book, Feliciano de Sá Guimarães offers an original application of role theory. He proposes a theory of master roles transitions to explain how small powers can change regional powers master roles without changing the regional material power distribution.

Master role transition is the replacement of an active dominant master role by a dormant or inactive role located within one's role repertoire. Guimarães argues that only a combination of four necessary conditions can produce a full master role transition: asymmetrical material interdependence, altercasting, domestic contestation, and regional contestation. In each one of these conditions, a small power uses material and ideational tools to promote a master role transition within the regional power role repertoire. To test his model, Guimarães turns to five case studies in Latin America, Southern Africa, and Southeast Asia: the 2006-2007 Bolivia-Brazil Gas crisis, the 2008-2009 Paraguay-Brazil Itaipú Dam crisis, the 2008-2009 Ecuador-Brazil Odebrecht crisis, the 1998 South Africa-Lesotho military intervention crisis, and the 1996 India-Bangladesh Ganges water crisis.

A Theory of Master Role Transition is an excellent resource to those studying both theory and method in international relations, and foreign policy analysis.

"It turns much of traditional IR theory on its head, not only because it takes a comparative approach to three regional powers of the Global South, but also because it argues that under certain conditions, small powers are not only ‘takers’ in relation to regional powers, but can also delegitimize’ their projected roles." — Janis van der Westhuizen, University of Stellenbosch, South Africa

"Feliciano de Sá Guimarães effectively makes the case that role theory facilitates a more nuanced understanding of the role of power in foreign relations. He carefully outlines the conditions under which small states can influence the role enactment (and foreign policy behavior) of regional powers – and tests his propositions using cases from the global south. On doing so, Guimarães broadens our understanding of foreign policy behavior both theoretically and empirically." — Marijke Breuning, University of North Texas

"This insightful book deploys a set of tools from role theory—which rarely has been applied to small states—to better understand the pivotal roles of materially weaker actors. Through their interactions with larger neighbors, small states in de Sá Guimarães’ case studies affect the self-conceptions, international roles, and perceived interests of larger states. The book’s creative application of its role theoretical approach and its lucid case studies of asymmetrical relationships make it an important new reference for the study of small states and their regions." — Tom Long, Associate Professor in New Rising World Powers, University of Warwick

"This is a timely and innovative contribution to the study of regions and regional powers. The book takes a new look at the relationship between material and ideational qualities in role theory, and reverses the top-down approach in the regional powers literature. Not only secondary powers, but also small powers can change the master roles of regional powers." — Detlef Nolte, GIGA German Institute of Global and Area Studies

2. A Theory of Master Role Transition

The Role Theory and International Relations Series aspires to attract and publish the latest and best research integrating knowledge in the field of International Relations with role theory. This aspiration cuts across a wide swath of subfields, including foreign policy analysis, peace and security studies, international political economy, diplomatic studies, and international organization. While each of these subfields of study is presently organized as an "island of theory," this series intends to integrate their signature phenomena within a system of knowledge, a "theory complex" or an alliance among different subfields. This series showcases the ability of role theory to generate useful theoretical insights on its own or in combination with existing theories across these traditional subfields. Role theory’s conceptual repertoire, plus its ability to span multiple levels of analyses and the major meta-theoretical divides in the discipline position it to be an important integrative force in the study of International Relations.