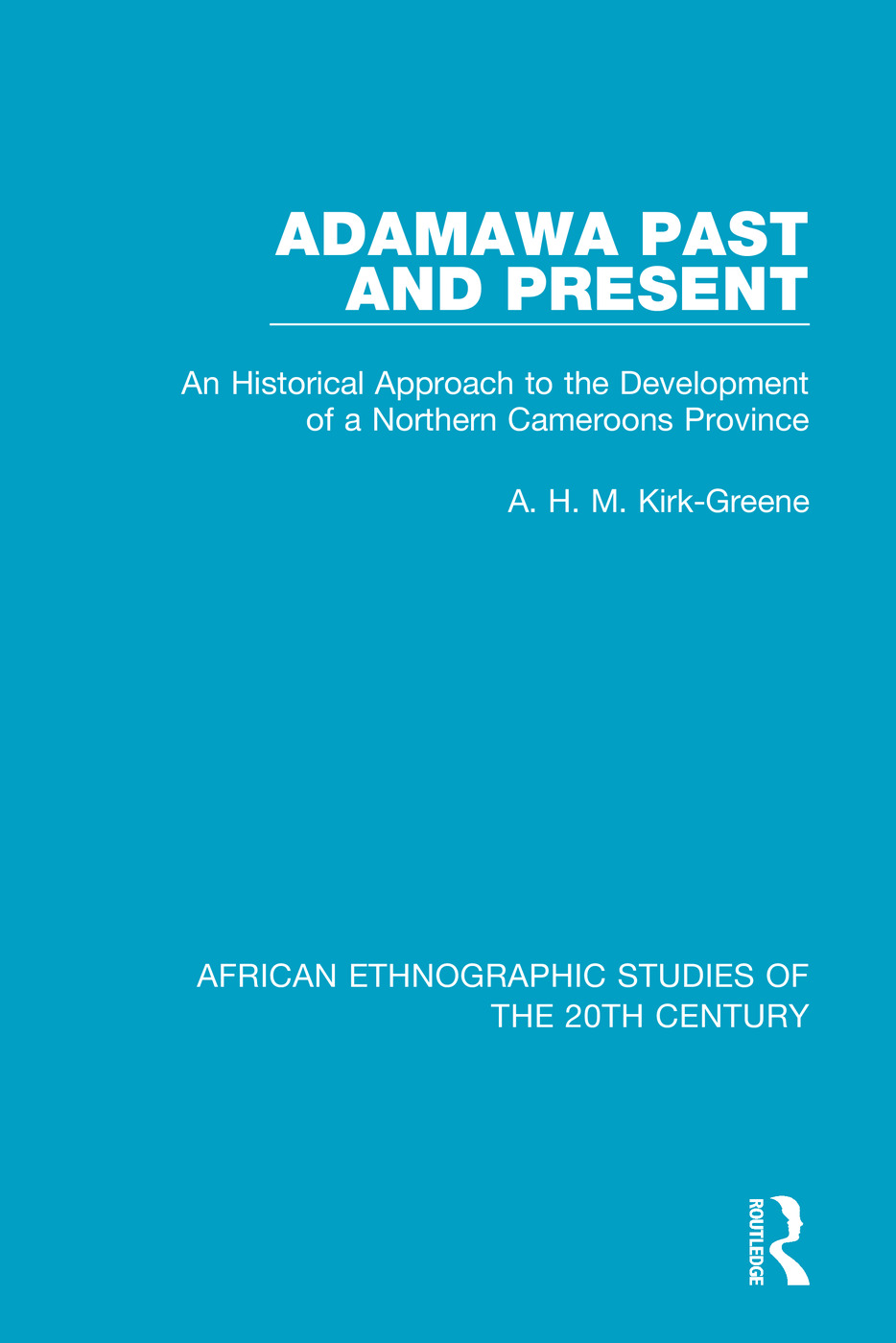 Adamawa Past and Present

An Historical Approach to the Development of a Northern Cameroons Province, 1st Edition

Originally published in 1958 this book presents a straight-forward and vivid picture of Adamawa Province in Nigeria. It discusses the varying fortunes of the territory, the life of its people, the efforts of its explorers and the achievements of the early administrators. It discusses the geography of the area as well as the political and economic conditions in the first half of the twentieth century, as well as the character and occupations of the Adamawa people.

8. The Development of General Administration

12. Leaves from the Provincial Diary

Anthony Hamilton Millard Kirk-Greene is a British scholar known for his works on 20th century British colonial history. He is a fellow of St Antony's College, Oxford, where he was lecturer in the modern history of Africa from 1967 to 1992. He was president of the African Studies Association of the UK from 1988 to 1990 and vice-president of the Royal African Society.