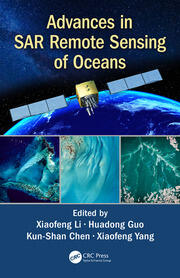 The oceans cover approximately 71% of Earth’s surface, 90% of the biosphere and contains 97% of Earth’s water. Since the first launch of SEASAT satellite in 1978, an increasing number of SAR satellites have or will become available, such as the European Space Agency’s ERS-1/-2, ENVISAT, and Sentinel-1 series; the Canadian RADARSAT-1/-2 and the upcoming RADARSAT Constellation Mission series satellites; the Italian COSMO-SkyMed satellites, the German TERRASAR-X and TANDEM-X, and the Chinese GAOFEN-3 SAR, among others. Recently, European Space Agency has launched a new generation of SAR satellites, Sentinel-1A in 2014 and Sentinel-1B in 2016. These SAR satellites provide researchers with free and open SAR images necessary to carry out their research on the global oceans. The scope of Advances in SAR Remote Sensing of Oceans is to demonstrate the types of information that can be obtained from SAR images of the oceans, and the cutting-edge methods needed for analysing SAR images.

Written by leading experts in the field, and divided into four sections, the book presents the basic principles of radar backscattering from the ocean surface; introduces the recent progresses in SAR remote sensing of dynamic coastal environment and management; discusses the state-of-the-art methods to monitor parameters or phenomena related to the dynamic ocean environment; and deals specifically with new techniques and findings of marine atmospheric boundary layer observations.

is a very comprehensive and up-to-date reference intended for use by graduate students, researchers, practitioners, and R&D engineers working in the vibrant field of oceans, interested to understand how SAR remote sensing can support oceanography research and applications.

i received his Ph.D. degree in physical oceanography from North Carolina State University, Raleigh in 1997. Since 1997, he has been with the National Environmental Satellite, Data, and Information Service (NESDIS), National Oceanic Atmospheric Administration (NOAA), College Park, MD. He is involved in developing many operational satellite ocean remote sensing products at NESDIS. He is the author of more than 100 peer-reviewed publications. Dr. Li currently serves as the Associate Editor of the International Journal of Remote Sensing and Remote Sensing and the Senior Associate Editor for Remote Sensing. He is also an Editorial Board Member of the International Journal of Digital Earth. He was appointed as an “Overseas Expert” by the Chinese Academy of Sciences in 2014 and won the NOAA/NESDIS Center for Satellite Applications and Research’s Individual Award for Science and the Len Curtis Award from the Remote Sensing and Photogrammetry Society in 2015.

received his Ph.D. degree in electrical engineering from the University of Texas at Arlington in 1990. From 1992 to 2014, he was with the faculty of National Central University, Taoyuan, Taiwan, where he held a Distinguished Chair Professorship from 2008 to 2014. He joined the Institute of Remote Sensing and Digital Earth, Chinese Academy of Sciences, in 2014, where he is National Distinguished professor. He has authored or co-authored over 130 referred journal papers, contributed eight book chapters, and authored two books. He has been an Associate Editor of the IEEE Transactions On Geoscience and Remote Sensing since 2000, and IEEE JSTARS since 2008. He was the Founding Deputy Editor-in-Chief of the IEEE Journal Of Selected Topics In Applied Earth Observations And Remote Sensing from 2008 to 2010. He has been a member of the Editorial Board of the Proceedings of The IEEE since 2014.