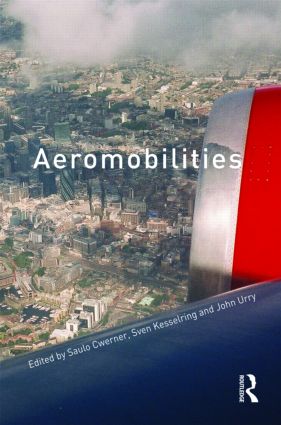 Aeromobilities is a collection of essays that tackle in many different ways the growing importance of aviation and air travel in our hypermobile, globalized world. Providing a multidisciplinary focus on issues ranging from global airports to the production of airspace, from airline work to helicopters, and from movement in airports to software systems, Aeromobilities seeks to enhance our understanding of space, time and mobility in the age of mass air travel. From Sao Paulo to Sydney, Aeromobilities draws on local experiences of airspaces to generate theory and research that are global in scope. It is the first book of its kind, bringing together a wide range of theoretical and methodological approaches to aviation and air travel in the social sciences and humanities, while emphasizing the central role of aeromobilities in contemporary social relations. In a world where virtually every aspect of social life is touched upon, in one way or another, by the complex global network of airline flows, with its large passenger aircraft and iconic international airports, Aeromobilities provides innovative analyses of some of the most fundamental and influential mobility networks of our time.

"This very interesting, thought-provoking work will be referenced by scholars for many years - Recommended."

Dr Cwerner researched and published several articles in the fields of migration and refugee studies before conducting research on mobility, air travel and urban life. He is now developing further research on aviation and society from the perspective of mobility studies, with an emphasis on the environment and the politics of aviation.

Dr. Sven Kesselring is member of the TUM Transportation Centre in Munich, Germany, and the director of research of the mobil.TUM project, which is part of the Institute for Advanced Studies of the Technische Universität München. In 2008 he was a visiting professor for sociological theory at the University of Kassel.

He holds a PhD from the Ludwig Maximilians Universität München. Recently he received a grant from the Erich-Becker-Stiftung (Frankfurt Airport Foundation) for his work on airports and globalization.

John Urry is Distinguished Professor of Sociology at Lancaster University, UK, where he is Director of the Centre for Mobilities Research. His recent books include Sociology Beyond Societies (Routledge, 2000), Global Complexity (Polity, 2003), Tourism Mobilities (edited with Mimi Sheller, 2004), Mobile Technologies of the City (with Mimi Sheller, 2006) and Mobilities (Polity, 2007). He is currently co-writing After the Car (Polity) and co-editing Aeromobilities (Routledge). He edits the International Library of Sociology and the journal Mobilities.