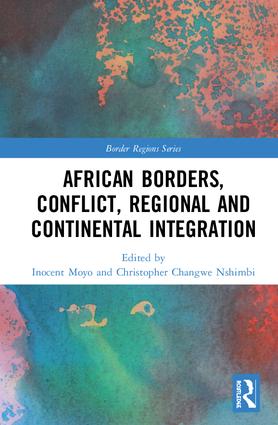 This book looks at the ways African borders impact war and conflict, as well as the ways continental integration could contribute towards cooperation, peace and well-being in Africa.

African borders or borderlands can be a source of problems and opportunity. There is often a historical, geospatial and geopolitical architecture rooted in trajectories of war, conflict and instability, which could be transformed into those of peace, regional and continental integration and development. An example is the cross-border and regional response to the Boko Haram insurgency in West Africa. This book engages with cross-border forms of cooperation and opportunity in Africa. It considers initiatives and innovations which can be put in place or are already being employed on the ground, within the current regional and continental integration projects. Another important element is that of cross-border informality, which similarly provides a ready resource that, if properly harnessed and regulated, could unleash the development potential of African borders and borderlands.

Students and scholars within Geography, International Relations and Border Studies will find this book useful. It will also benefit civil society practitioners, policymakers and activists in the NGO sector interested in issues such as migration, social cohesion, citizenship and local development.

1. Borders, War and Conflict in Africa: Revisiting the Narrative of a War-Torn Continent

2. African Borders and the Coloniality of Human Movement

3. Trans-border Trajectories of Violence in the Afar Horn

4. The Porosity of Borders and Counter-Insurgency in Nigeria

5. Border Fragility and Proximate Causes of the DRC Civil War

6. Transnational and Ethnic Interest in Cross-Border Conflict in Africa: An Analysis of the Mano River and the Great Lakes Region

9. An Examination of the Sadc Regional Integration Posture in the Context of the Contested 2008 Election Run-Off in Zimbabwe

10. Do Wars and Conflicts Hinder the Success of Regional Integration? Evidence from Africa

11: Innovations For ‘Silencing the Guns’ and Redefining African Borders as Promoters of Peace, Well-Being, Regional and Continental Integration

Inocent Moyo is a Senior Lecturer in the Department of Geography and Environmental Studies at the University of Zululand, South Africa.