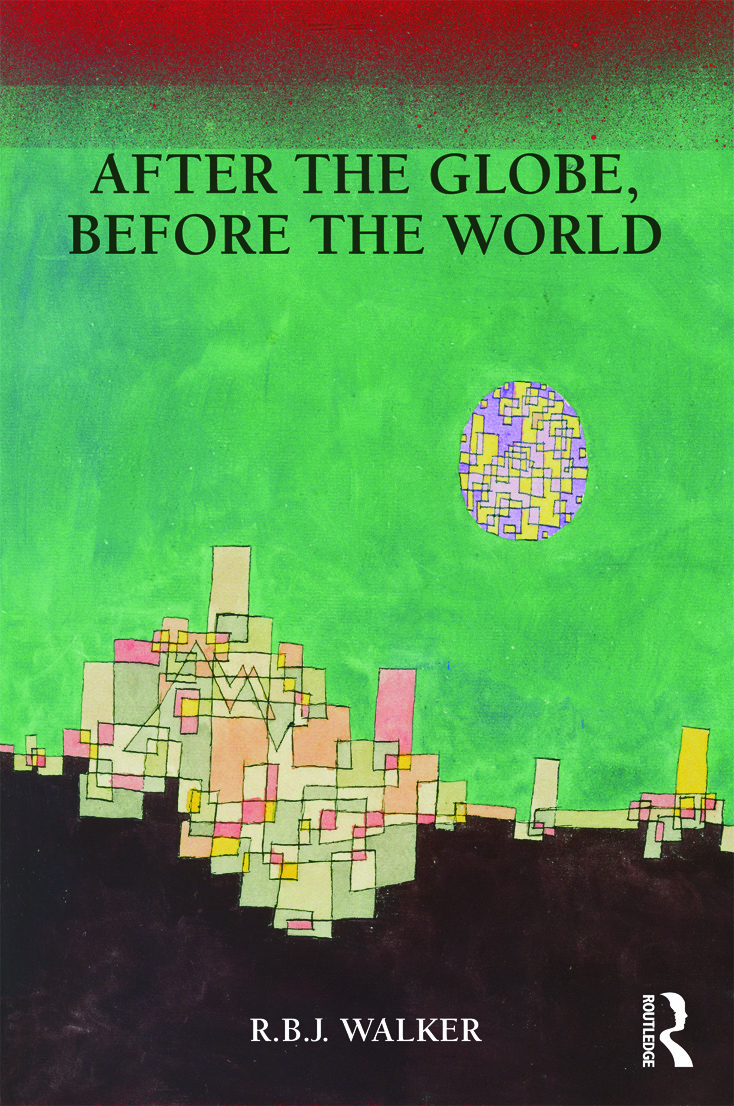 After the Globe, Before the World

This book explores the implications of claims that the most challenging political problems of our time express an urgent need to reimagine where and therefore what we take politics to be. It does so by examining the relationship between modern forms of politics (centred simultaneously within individual subjects, sovereign states and an international system of states) and the (natural, God-given or premodern) world that has been excluded in order to construct modern forms of political subjectivity and sovereign authority.

It argues that the ever-present possibility of a world outside the international both sustains the structuring of relations between inclusion and exclusion within the modern internationalized political order and generates desires for escape from this order to a politics encompassing a singular humanity, cosmopolis, globe or planet that are doomed to disappointment. On this basis, the book develops a critique of prevailing traditions of both political theory and theories of international relations. It especially examines what it might now mean to think about sovereignties, subjectivities, boundaries, borders and limits without automatically reproducing forms of inclusion and exclusion, or universality and particularity, expressed in the converging but ultimately contradictory relationship between international relations and world politics.

'Rob Walker’s After the Globe, Before the World is a radical text in the best sense of the word. It explores the roots of the international studies discipline, rethinks those aspects of the political theory canon on which the discipline’s traditional conceits have relied, and proceeds to articulate a reconceptualization of the state-world relationship. The work is the most important intervention in international studies/international relations thinking in decades. Any scholar who would presume to treat global politics as it is developing in this millennium must come to terms with Walker’s challenge.' - Michael J. Shapiro, University of Hawai'i, USA

'In this profound meditation on global relations and the world to come, Walker extricates politics from the legacy of Plato and Euclid. There can be no ‘essentialized differences’. No sovereign binary of presence and absence. No ‘simple move’ from here to there.' - Nicholas Onuf, Florida International University

'Walker’s desire to depart from what he perceives to be a trend of statist takes on the transition from a politics of the international to a politics of the world provides an intriguing alternative to other literatures dealing with similar issues and those who do engage with his arguments and opinions will be richly rewarded.' - In-Spire Journal of Law, Politics and Societies, Vol. 5, No. 1 – 2010, 102

R. B. J. (Rob) Walker is Professor in the Department of Political Science at the University of Victoria, Canada. He is also Professor of International Relations at Keele University in the UK.

He is the long-term Editor of the journal Alternatives: Local, Global, Political, and the Co-Editor of the new journal IPS: International Political Sociology, based at Sciences-Po in Paris. He is the author of two books, editor or co-editor of many other books and special issues of journals, and has published seventy or so major articles and book chapters.