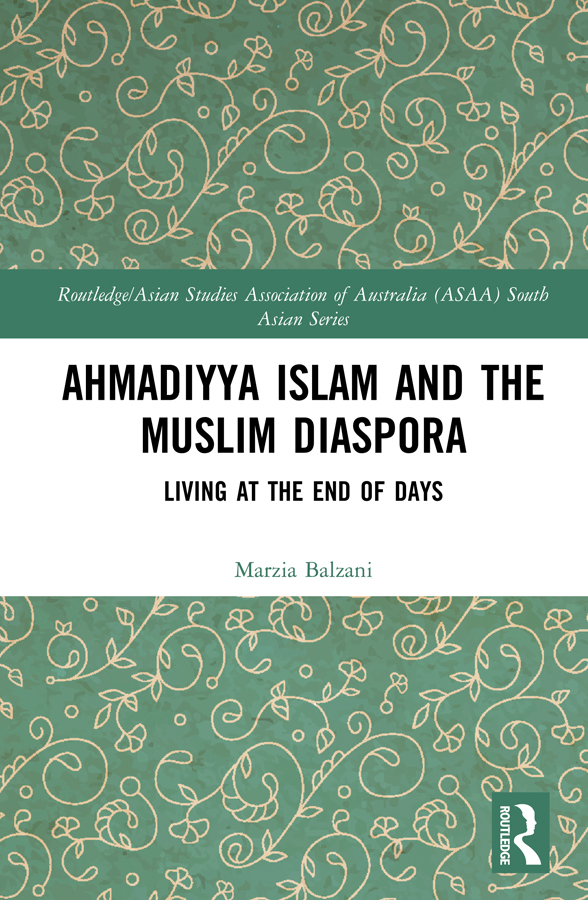 Ahmadiyya Islam and the Muslim Diaspora

Living at the End of Days, 1st Edition

This book is a study of the UK-based Ahmadiyya Muslim community in the context of the twentieth-century South Asian diaspora. Originating in late nineteenth-century Punjab, the Ahmadis are today a vibrant international religious movement; they are also a group that has been declared heretic by other Muslims and one that continues to face persecution in Pakistan, the country the Ahmadis made their home after the partition of India in 1947.

Structured as a series of case studies, the book focuses on the ways in which the Ahmadis balance the demands of faith, community and modern life in the diaspora. Following an overview of the history and beliefs of the Ahmadis, the chapters examine in turn the use of ceremonial occasions to consolidate a diverse international community; the paradoxical survival of the enchantments of dreams and charisma within the structures of an institutional bureaucracy; asylum claims and the ways in which the plight of asylum seekers has been strategically deployed to position the Ahmadis on the UK political stage; and how the planning and building of mosques serves to establish a home within the diaspora.

Based on fieldwork conducted over several years in a range of formal and informal contexts, this timely book will be of interest to an interdisciplinary audience from social and cultural anthropology, South Asian studies, the study of Islam and of Muslims in Europe, refugee, asylum and diaspora studies, as well as more generally religious studies and history.

1 Sameness and Difference: Situating the Ahmadis; 2 Ceremonial Occasions: Repetition and Time; 3 Enchantment and the Ethic of Brotherhood: Dreams and the Charismatic Organization; 4 Asylum and the Ahmadi Diaspora; 5 Home from Home: Mosque Building and Urban Planning in a Global City

Founded in 1976 to promote outstanding work in the social sciences and humanities, the ASAA entered a new phase in 2010 when it joined with Routledge and formed the Routledge/ASAA South Asian Series to continue a notable tradition of Australian-based research about South Asia. Works in the series are published simultaneously in UK and Indian editions as well as in e-book format. Publications include monographs and edited volumes.

The series publishes outstanding research on the countries and peoples of South Asia across a wide range of disciplines including history, politics and political economy, anthropology, geography, literature, sociology and the fields of cultural studies, communication studies, studies of religion and ethnicity, and women, gender, and sexuality studies. Interdisciplinary and comparative research is encouraged, and the co-editors are also interested in work that stretches the interstices of area studies, identity studies, and technology studies in/of South Asia today.