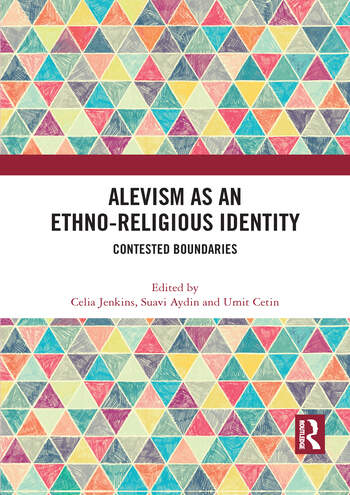 Until recently the importance of religion in the modern world has often been underestimated in Western societies, whereas its significance is absolutely crucial in the Middle East. Religion is critical to a sense of belonging for communities and nations, and can be a force for unity or division. This is the case for the Alevis, an ethnic and religious community that constitutes approximately 20% of the Turkish population – its second largest religious group. In the current crisis in the Middle East, the heightened religious tensions between Sunnis, Shias and Alawites raise questions about who the Alevis are and where they stand in this conflict. With an ambiguous relationship to Islam, historically Alevis have been treated as a ‘suspect community’ in Turkey and recently, whilst distinct from Alawites, have sympathised with the Assad regime’s secular orientation. The chapters in this book analyse different aspects of Alevi identity in relation to religion, politics, culture, education and national identity, drawing on specialist research in the field. The approach is interdisciplinary and contributes to wider debates concerning ethnicity, religion, migration and trans/national identity within and across ethno-religious boundaries.

The chapters in this book were originally published as a special issue of the National Identities journal.

1. The emergence of Alevism as an ethno-religious identity Suavi Aydin

3. The AKP, sectarianism, and the Alevis’ struggle for equal rights in Turkey Ayfer Karakaya-Stump

4. Thoughts on the rhetoric that women and men are equal in Alevi belief and practice (Alevilik) – to Songül Nimet Okan

6. From ‘a sort of Muslim’ to ‘proud to be Alevi’: the Alevi religion and identity project combatting the negative identity among second-generation Alevis in the UK Celia Jenkins and Umit Cetin

Celia Jenkins is based in the Department of History, Sociology and Criminology at the University of Westminster, UK. She is a sociologist of education and gender, specialising in the relationship between the state, education, religion and identity. She has published on religious education and identity with reference to the transnational Alevi ethno-faith communities in London and Turkey.

is based in the Faculty of Communication at Hacettepe University, Ankara, Turkey. He is a social anthropologist of religious communities, specialising in the Middle East, and has published on ethno-faith communities including the Alevis. His latest book addresses the contemporary history of Turkey through examination of the Kurdish question, political Islam, nationalism and militarism in Turkey.

is based in the Department of History, Sociology and Criminology at the University of Westminster, UK. He is a sociologist of religion, transnational migration, identity and suicide, and has published on suicide amongst second-generation Alevi migrants, ethnography, cosmopolitanism and religious education and identity.