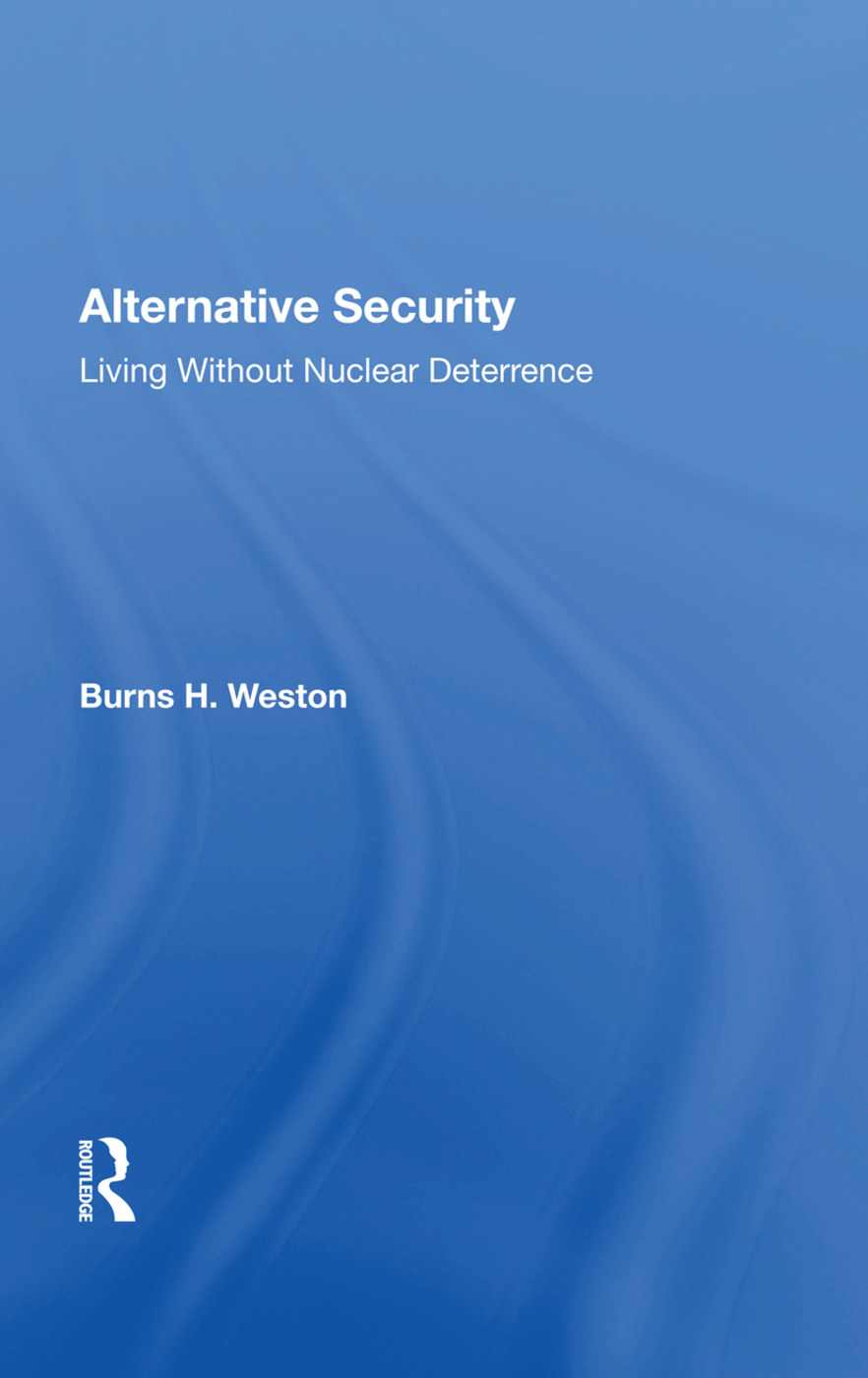 Alternative Security offers the thinking person a place to begin to kick the “nuclear habit.” Even as it accepts the premise that war is endemic to the human condition, it provides reassurance that an other-than-nuclear deterrence policy can work to effectively safeguard national and transnational interests. These eight original essays, acco

"Burns H. Weston is Bessie Dutton Murray Professor of Law at The University of Iowa, specializing in international law and affairs. xvA Senior Fellow of the World Policy Institute (New York City), a Fellow of the World Academy of Art and Science, and a member of the American Bar Association’s Standing Committee on World Order Under Law and the Board of Editors of the American Journal of International Law, he also is active in the Lawyers’ Committee on Nuclear Policy and the International Association of Lawyers Against Nuclear Arms. Professor Weston’s many publications include Toward Nuclear Disarmament and Global Security: A Search for Alternatives (Boulder, CO: Westview, 1984), Human Rights in the World Community: Issues and Action (Philadelphia: University of Pennsylvania Press, 1989), and International Law and World Order: A Problem-Oriented Coursebook (St. Paul, MN: West Publishing, Second Edition, 1990). "