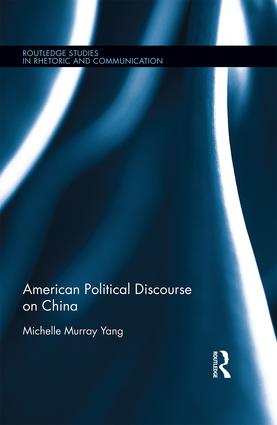 Despite the U.S. and China’s shared economic and political interests, distrust between the nations persists. How does the United States rhetorically navigate its relationship with China in the midst of continued distrust? This book pursues this question by rhetorically analyzingU.S. news and political discourse concerning the 2008 Beijing Olympic Games, the 2010 U.S. midterm elections, the 2012 U.S. presidential election, and the 2014-2015 Chinese cyber espionage controversy. It finds that memory frames of China as the yellow peril and the red menace have combined to construct China as a threatening red peril. Red peril characterizations revive and revise yellow peril tropes of China as a moral, political, economic and military threat by imbuing them with anti-communist ideology. Tracing the origins, functions, and implications of the red peril, this study illustrates how historical representations of the Chinese threat continue to limit understanding of U.S.-Sino relations by keeping the nations’ relationship mired in the past.

"This book offers the most comprehensive coverage of four political and media events in the U.S. that constructed China as the red peril rooted in the yellow peril discourse in American history. The book is clearly written, thought-provoking, and timely. It sheds light on how Otherness is rhetorically constructed and how media portrayal shapes public opinions and foreign policies." --Xing Lu, DePaul University, USA

1. From Yellow to Red: The Emergence of the Red Peril in U.S. Political and Media Discourse

3. The Red Peril as an Economic Threat in Political Ads during the 2010 U.S. Midterm Elections

4. Containing the Economic Threat Posed by the Red Peril: Discourse from the 2012 U.S. Presidential Campaign

5. The Red Peril as a New Military Threat: Dueling Portrayals of Cyberespionage

Michelle Murray Yang is an Assistant Professor in the Department of Communication at the University of Maryland, College Park, USA. Her research has appeared in a variety of journals, including the Quarterly Journal of Speech, Rhetoric & Public Affairs, and the Journal of Intercultural Communication Research.