Amino acid biochemistry and nutrition spans a broad range of fields including biochemistry, metabolism, physiology, immunology, reproduction, pathology, and cell biology. In the last half-century, there have been many conceptual and technical advancements, from analysis of amino acids by high-performance liquid chromatography and mass spectrometry to molecular cloning of transporters for amino acids and small peptides. Amino Acids: Biochemistry and Nutrition presents comprehensive coverage of these scientific developments, providing a useful reference for students and researchers in both biomedicine and agriculture.

While emphasizing basic principles and classical concepts of amino acid biochemistry and nutrition, the author includes recent progress in the field. This book also provides concise coverage of major historical developments of the scientific discipline, so that readers will appreciate the past, understand the current state of the knowledge, and explore the future of the field. Each chapter contains select references to provide comprehensive reviews and original experimental data on the topics discussed.

Physiological Functions of Amino Acids
Roles of AA in Peptide Synthesis
Roles of AA for Synthesis of Nonpeptide Molecules
Regulatory Roles of AA in Food Intake, Nutrient Metabolism, and Gene Expression
Roles for AA in the Immune Response
Use of AA in Nutrition, Therapy, and Health
Efficacy and Safety of Dietary AA Supplementation

Dr. Guoyao Wu is a university distinguished professor, university faculty fellow, and Texas A&M AgriLife Research senior faculty fellow at Texas A&M University. He has taught graduate and undergraduate courses at Texas A&M University in the past 21 years. His research focuses on the biochemistry, nutrition, and physiology of amino acids in animals at genetic, molecular, cellular, and whole-body levels. Dr. Wu is a member and elected Fellow of the American Association for the Advancement of Science.

"This book is the most comprehensive treatment of animal amino-acid metabolism and will be a valuable resource to all working in this area. It covers the history, chemistry, and the integrated physiology of the major amino acids, going far beyond their use in protein synthesis to include a full description of non-protein functions and the role of amino acids as signaling molecules."

"I did find the chapter on Intracellular Protein Degradation to be good reading. I would recommend this chapter as background to anyone working in the area and trying to learn about it. I appreciated the historical context, taking the reader through the progression of the field. The background on the proteases and peptidases is particularly detailed."
—Dr. Vickie E. Baracos, Professor of Medicine, The University of Alberta, Edmonton, Canada

"This new volume by a leading investigator in the field of amino acids is both
comprehensive and eclectic in its coverage and is recommended to all with an
interest in these fascinating biomolecules."
—Dr. John T. Brosnan, Professor of Biochemistry, Memorial University of Newfoundland

Fellow, The Royal Society of Canada

"Dr. Wu's book is a highly valuable contribution to the armamentarium of knowledge in nutritional biochemistry and will be a classic textbook in the area."
—Dr. Teresa A. Davis, Professor of Pediatrics, Baylor College of Medicine

"This is just EXACTLY what I have been looking for because it has just enough detail but is not lost in detail. The figures are very clear."
—Dr. Jeffrey L. Firkins, Professor of Nutrition, Ohio State University

"I enjoyed reading Dr. Wu's book very much. It will be very useful and practical for graduate and undergraduate students to learn amino acid biochemistry and nutrition, as well as for any scientists to fully understand the historical and current views of the arena of amino acids."
—Dr. Chien-An A. Hu, Associate Professor of Biochemistry and Molecular Biology,

"I really enjoyed the chapter on 'Dietary Requirements of Amino Acids'! I also appreciated the section on what constitutes an 'essential' amino acid (Dr. Wu was preaching to the choir on this topic)."
—Dr. James C. Matthews, Professor of Nutrition, University of Kentucky 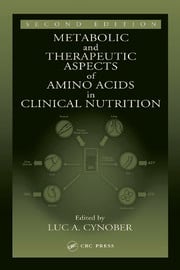 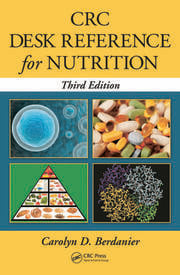 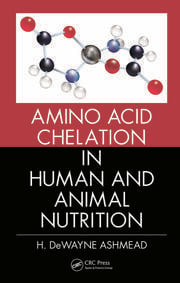