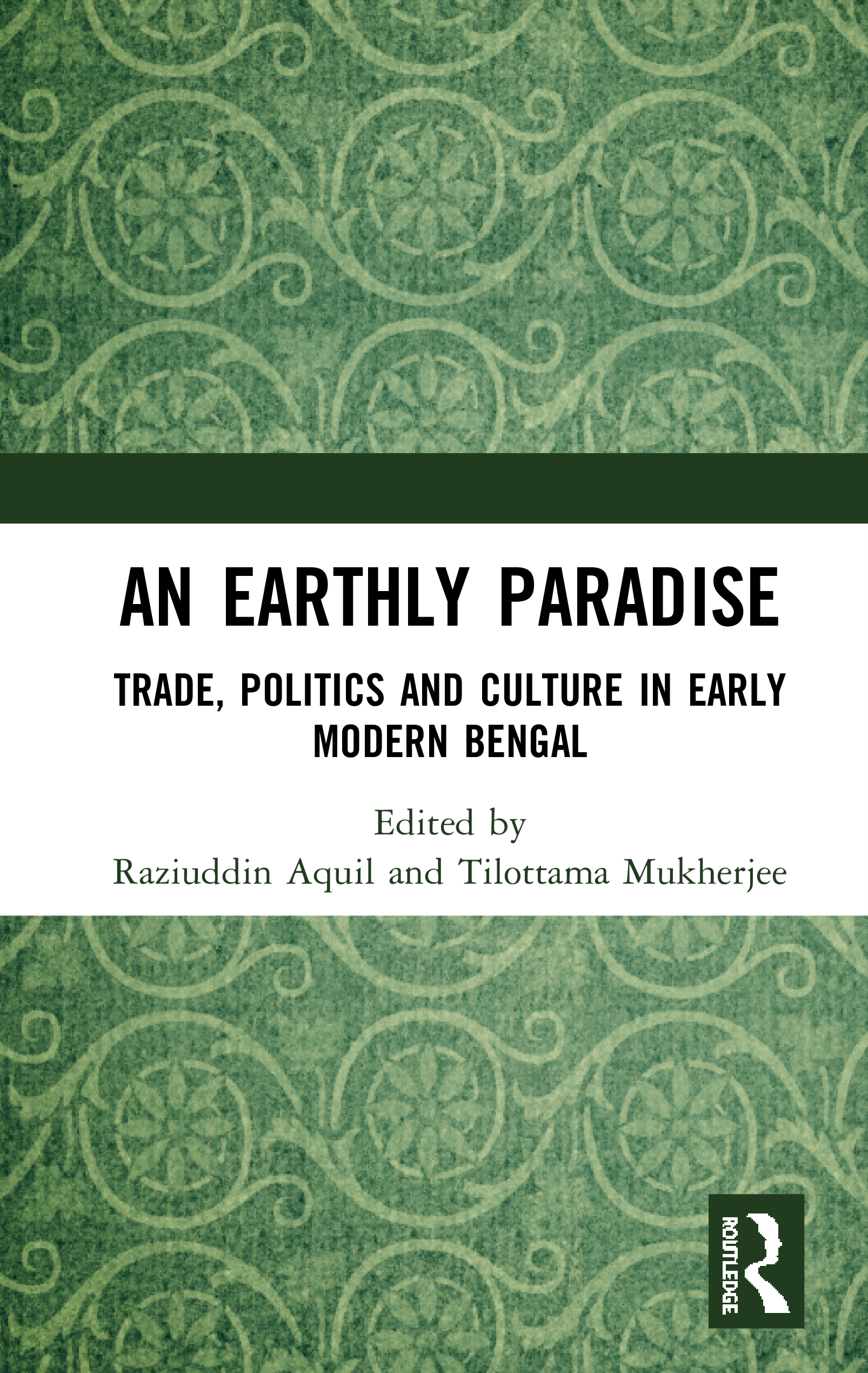 This collection of articles on varied facets of early modern Bengal showcases cutting edge work in the field and hopes to encourage new research. The essays explore the trading networks, religious traditions, artistic and literary patronage, and politico-cultural practices that emerged in roughly sixteenth-eighteenth centuries. Using a wide array of sources, the contributors to this volume, coming from diverse academic affiliations,and including many young researchers, have attempted to address various historiographical ‘black holes’ bringing in new material and interpretations.

Early modern Bengal’s history tends to get overshadowed by the later developments of the nineteenth century. What this assortment of articles highlights is that this period needs to be studied afresh, and in depth. The region underwent rapid transformations as it got politically integrated with Northern India and its empires and economically with extensive global economic networks. Combined with its unique geography, the trajectory of this region in all spheres manifest an almost constant interplay of local and extra-local forces – be it in literature, art, economic domain, political and religious cultures – and considerable enterprise and ingenuity.

Thus, a variety of themes – including travel accounts, Portuguese and Arakanese presence, early Dutch, French, Ostend companies’ forays into the region, artistic production in the Nizamat and later collections of art and missionaries, the English company state’s intrusions in local economy in salt and raw silk production and indigenous reactions and rebellions, consumption practices related to religious activities, circulation and translation of texts, representation of women in vernacular writings, and organization of religious traditions – have been analysed in this volume, with a wide ranging introduction tying up the themes to the broader historiographical issues and contexts.

The collection will be an invaluable reference tool for students and scholars of history, especially of early modern India.

Please note: This title is co-published with Manohar Publishers, New Delhi. Taylor & Francis does not sell or distribute the Hardback in India, Pakistan, Nepal, Bhutan, Bangladesh and Sri Lanka.

1. Introduction: Early Modern Bengal 2. Trails of Travellers: Descriptions of an Early Modern Region in Some European Accounts 3. Marauders of the Sundarbans and the Role of the Island of Sagor, 1600-1800 4. Beyond the Company and its Commerce: Reviewing the Presence of the VOC in Mughal Bengal, 1600-1700 5. The Ostend Company’s Worlds: Courtly Interactions and Local Life in Eighteenth-century Bengal 6. The Organization and Operation of the French East India Company in Bengal 7. Imaging of Courtly Life: Bengal Nizamat in Eighteenth-century Murshidabad Paintings 8. Salt Smuggling in Eighteenth-century Bengal: A Dilemma of Boundaries 9. Consumer Preferences, Markets and the State in Early Colonial Bengal with Special Reference to Salt 10. The Books of Religion: Things, Persons, and Consumption Practices in Eighteenth- and Early Nineteenth-century Bengal 11. Two British Colonies in a Comparative Perspective: Georgia, Bengal and the Colonial Production of Raw Silk, 1730-1830 12. Trans-textuality, Translation and Equivalence: Exploring the Processes of Textual Transposition in the Prologue of Alaol’s Padmabati 13. Representation of Women in the Mangalkavyas 14. Bengal Vaishnavism: Early Years and Organization 15. The Sannyasi-Fakir, Chuar and Rangpore Rebellion(s): Resistance, Violence and ‘Banditry’, 1770-1800 16. Iconophilia?: Art, Colonial Collecting and Missionary Activity in India