An Introduction to Indian Philosophy
Perspectives on Reality, Knowledge, and Freedom 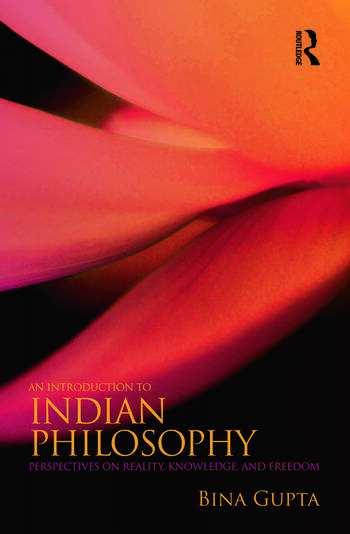 An Introduction to Indian Philosophy: Perspectives on Reality, Knowledge, and Freedom

An Introduction to Indian Philosophy offers a profound yet accessible survey of the development of India’s philosophical tradition. Beginning with the formation of Brahmanical, Jaina, Materialist, and Buddhist traditions, Bina Gupta guides the reader through the classical schools of Indian thought, culminating in a look at how these traditions inform Indian philosophy and society in modern times. Offering translations from source texts and clear explanations of philosophical terms, this text provides a rigorous overview of Indian philosophical contributions to epistemology, metaphysics, philosophy of language, and ethics. This is a must-read for anyone seeking a reliable and illuminating introduction to Indian philosophy.

Bina Gupta is Curators' Distinguished Research Professor, Professor of Philosophy, and Director of South Asian Studies at the University of Missouri.

'Bina Gupta’s book is superb and a very welcome contribution to literature introducing Indian philosophy to students. The lucidity and thoroughness with which Indian philosophical periods and textual traditions are treated are masterful. Especially helpful to the student will be the Appendices where selections of primary texts have been skillfully chosen and translated. . . . It will become a standard textbook in Indian philosophy.' – Douglas Berger, Southern Illinois University, USA

'We need more textbooks like Bina Gupta’s An Introduction to Indian Philosophy, but few people can provide them. Bina Gupta is familiar with the Western philosophical tradition and she also provides her own clearly rendered translations of the classic texts of the Indian tradition. Philosophy majors will especially appreciate her instructive comparisons, like her detailed discussion of the similarities and differences between the five-termed Nyaya 'syllogistic' form of reasoning and the three-termed Aristotelian syllogism.' – Lou Reich, California State University, Long Beach, USA

'[Gupta’s] book will no doubt be widely used and will give many students access to a field of study that otherwise would have been closed to them.' – John Taber, University of New Mexico, Notre Dame Philosophical Reviews

'Gupta’s work is an intricate and penetrating overview of the Indian darshanas... With its incredible detail and crystalline analysis, it is a veritable goldmine for graduate students and established scholars looking to further their knowledge of Indian philosophical systems. Not only is this Introduction to Indian Philosophy an illuminating and absorbing work, it is also a breath of fresh air for the field of philosophy, as well as other disciplines (e.g., religious studies and history). Bina Gupta should be highly commended for accomplishing so much... I would unequivocally recommend this book not only to those of her target audience, but also to anyone interested in the often-ignored philosophies of India.' – Adam T. Miller, University of Missouri-Columbia, USA in Religion