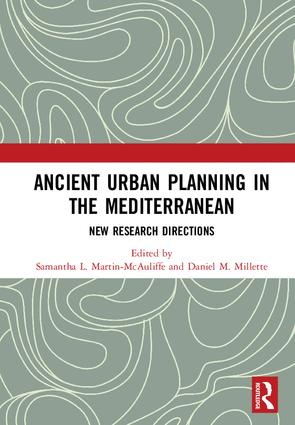 Ancient Urban Planning in the Mediterranean

New Directions in Urban Planning in the Ancient Mediterranean assembles the most up-to-date research on the design and construction of ancient cities in the wider Mediterranean. In particular, this edited collection reappraises and sheds light on ’lost’ Classical plans. Whether intentional or not, each ancient plan has the capacity to embody specific messages linked to such notions as heritage and identity. Over millennia, cities may be divested of their buildings and monuments, and can experience periods of dramatic rebuilding, but their plans often have the capacity to endure. As such, this volume focuses on Greek and Roman grid traces - both literal and figurative. This rich selection of innovative studies explores the ways that urban plans can assimilate into the collective memory of cities and smaller settlements. In doing so, it also highlights how collective memory adapts to or is altered by the introduction of re-aligned plans and newly constructed monuments.

1. The Order of Cities: Ancient Urban Planning in the Mediterranean

2. Urbanization in Inland Sicily: Acculturation on the Periphery of the Greek World

4. The collective Image of a City: Structure and Meaning of Hellenistic Agorai

6. Cyrene and Apollonia: the classical urban plan as a measure of opposites

7. Privileged Topography: Vitruvius and the Siting of Halicarnassus

8. Carthage Rising: Echoes of Punic Carthage and Roman Memory in the Creation of Colonial Concordia

Samantha L. Martin-McAuliffe’s main teaching and research interests lie in antiquity, especially the architecture and urbanism of Classical cities. She has worked extensively within archaeological excavations in Greece (Agora Excavations, Methone Archaeological Project) and Albania (Lofkënd Archaeological Project). Since joining the faculty at University College Dublin in 2007 she also has developed several projects on the connections between food and architecture. In 2016, she published Food and Architecture: At the Table (Bloomsbury).  Samantha Martin-McAuliffe completed her PhD in Architecture from the University of Cambridge in 2007. Before that she received an MPhil in the History and Philosophy of Architecture, also from Cambridge. She was a Fulbright Fellow to Greece, and is a graduate of Smith College.

As a Registered Professional Archaeologist, Daniel M. Millette maintains a research program on ancient planning techniques and their relevance within contemporary planning models. He has excavated in Gaul and today’s North Africa. Millette has published on Vitruvius, the Roman theatre, the collective memory (in the classical urban context) and Roman planning. He has also directed and co-directed several Studies Abroad sessions in Archaeology and Architectural History in Rome. At the School of Architecture and Landscape Architecture at the University of British Columbia, Millette taught Theory and Environmental Design History; he presently teaches at Carleton University within in the History and Theory of Architecture program.