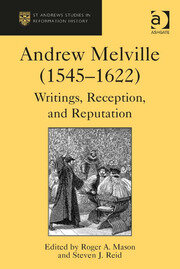 Andrew Melville is chiefly remembered today as a defiant leader of radical Protestantism in Scotland, John Knox’s heir and successor, the architect of a distinctive Scottish Presbyterian kirk and a visionary reformer of the Scottish university system. While this view of Melville’s contribution to the shaping of Protestant Scotland has been criticised and revised in recent scholarship, his broader contribution to the development of the neo-Latin culture of early modern Britain has never been given the attention it deserves. Yet, as this collection shows, Melville was much more than simply a religious reformer: he was an influential member of a pan-European humanist network that valued classical learning as much as Calvinist theology. Neglect of this critical aspect of Melville’s intellectual outlook stems from the fact that almost all his surviving writings are in Latin - and much of it in verse. Melville did not pen any substantial prose treatise on theology, ecclesiology or political theory. His poetry, however, reveals his views on all these topics and offers new insights into his life and times. The main concerns of this volume, therefore, are to provide the first comprehensive listing of the range of poetry and prose attributed to Melville and to begin the process of elucidating these texts and the contexts in which they were written. While the volume contributes to an on-going process that has seen Melville’s role as an ecclesiastical politician and educational reformer challenged and diminished, it also seeks to redress the balance by opening up other dimensions of Melville’s career and intellectual life and shedding new light on the broader cultural context of Jacobean Scotland and Britain.

Roger Mason is professor of Scottish History at the University of St Andrews. He is general editor of the New Edinburgh History of Scotland and is currently (2013-17) President of the Scottish History Society. He has published extensively in the field of early modern political thought and his most recent publications include an edition of Buchanan's 'De Iure Regni apud Scotos Dialogus' (Ashgate, 2004); ’George Buchanan's Law of Kingship: "De Iure Regni Apud Scotos Dialogus"’ (Saltire Society, 2006); and (with Caroline Erskine) ’George Buchanan: Political Thought in Early Modern Britain and Europe’ (Ashgate, 2012). Dr Steven Reid is Lecturer in History at the University of Glasgow. His research interests lie broadly in the intellectual and religious history of Scotland between c. 1450 and c. 1650, with particular interest in the impact of the European Renaissance and Reformation on Scotland. His most recent publications include, ’The Parish of Govan and the Principals of the University of Glasgow, 1577-1621’ (Friends of Govan old lecture series, 2012); and with E.A. Wilson (eds.) ’Ramus, Pedagogy and the Liberal Arts: Ramism in Britain and the Wider World’ (Ashgate, 2011).

"In sum, this volume helps us to see that in the post-John-Knox-era of Scotland’s late Reformation Andrew Melville was a more complex figure than the mere contrarian we have heard he was." – Kenneth J. Stewart, Calvin Theological Journal, 2016

"This excellent volume is another valuable contribution to the ongoing re-examination of Scotland’s interwoven religious and political history of the late sixteenth and early seventeenth centuries. (...) This volume deserves to be praised as a tour de force of historiography that is a hugely valuable resource for the study of Melville and his milieu and which will repay the investment in its purchase." - Martin Ritchie, University of Edinburgh