Animation
From Concepts and Production

Animation: From Concepts and Production

This book explains the creation of animation from concept to production. Instead of focusing on singular aspects of animation production, talented animators can learn to make better films by understanding the process as a whole. Veteran independent filmmaker Hannes Rall teaches you how to develop an animation project from the very start of conceptual exploration though to completed production. Subjects like script, storyboarding, character and production design illuminate the pre-production process; later chapters explain the production process applied to different animation techniques like 2D animation, 3D computer animation and stop motion. This book is just the right mix of practical advice, lavish illustrations, and industry case studies to give you everything you need to start creating animation today.

Hannes Rall is an Associate Professor at the School of Art, Design and Media (ADM) at Nanyang Technological University, Singapore and Area Coordinator of the Digital Animation Program at ADM.

Hannes Rall has shown his work in exhibitions and been an invited speaker for workshops and conferences in more than 20 countries worldwide. He has specialized in adapting classic literature, folk legends and fairy tales for animation from both, Western and Asian, source material. His films have been shown in more than 500 festivals and won 60 awards.

He is a member of the Society of Animation Studies. Since 2006 he has conducted research as principal investigator (PI) in 6 interdisciplinary research grants.

"As a university lecturer on animation and animation festival director who is not an animator, this is the book I’ve been waiting for. Like Rall, I absolutely believe that every animator – regardless of their speciality – needs to understand the ‘bigger picture’, the context in which their work will be realised.

"Animation From Concept To Production" is a tardis of a book…. that is, there is way more information in it than it looks like it could possibly hold. The key, I think, is the very intuitive subject structure of the book and the crisp, plain, clean language Rall rolls out as he walks us through the start-to-end process of making a film. Critical to this approach is the balance he achieves between the creative/thinking aspects of planning an animation project and the technical/production processes of actually producing it. This balance sits at the heart of his approach to constructing this book and silently asserts one of the most important truths of this craft; which is that no matter how specialised or commercial the individual animation ‘job’ in front of an animator might be at heart animation is substantially a creative (if not artistic) pursuit and unless we want to simply create animating robots, we need to teach people how to bring the power and unique properties of animation to what they do.

The first section that takes us from idea to pre-production is as detailed and lucid an account of how to wrestle the notion of a storyboard into a practical tool that can actually be used in a very real sense as I have come across. This seamlessly transitions to the related areas of composition, character design and layout that so often shroud the thinking that goes into a storyboard, often to the extent of rending it unusable or overwhelming the animators ability to get the core elements of her/his project from their imagination to the real world. Rall’s use of introducing the ‘big picture’, breaking it down to component parts, front-loading the narrative with a trove of illuminating illustrations and rounding out with bullet-point tips and some suggested assignments is the modus operandi that he establishes here and continues to superb effect throughout the book.

This MO really comes into its own in section two which is – quite simply – one of the most accessible, yet authoritative, pieces of writing I have ever read on the "Principles of Animation". Yes, the oft used Disney "12 Basic Principles of Animation" are used but only as a stepping-off point for a journey that goes right into the middle of what I believe are the unique properties of animation; the very inner cogs of the machinery which allows it – in the right hands – to portray and express things that no other artform or communication tool can emulate. This is the stuff that could and should be put in front of every kid that wants to be an animator (they will be off to a flying start) and could do double service as a timeless refresher course for people of almost any experience level. I took copious notes from this section and will be diligently using them to torment festival jury rooms for years to come.

It is hard to overstate just how successful this book is at what it has set out to achieve. I for one won’t have the slightest hesitation in introducing it to my students and I suspect it will be informing any number of my festival catalogue essays for a good long while. In many ways it is a book full of things I already knew but had never found the words for. That and the astonishing ‘conversation’ between text and explanatory illustrations is what make this such a valuable addition to the library. I can’t think of many people in animation – from festival audience member to budding animator to seasoned professional to teacher – who couldn’t gain from delving into it."

"I advise my friends not to miss Hannes Rall’s book Animation – From Concept to Production. Hannes is a friend of mine, too, but above all is an animation stalwart who has seen, done and taught almost everything in our field. The book follows roughly the production process and later explores the individual production techniques and animation styles. The young readers will learn what the current job looks like; the older ones will have an answer to the question they keep in the back of their heads: how this thing and that thing have changed in time?"

"Hannes Rall’s Animation From Concept to Production is an excellent, profusely illustrated exploration delineating, with keen clarity, the pipeline and aesthetic choices involved in the making of an animated production. Augmented by famed interviewees, such as animator Andreas Deja and art director Hans Bacher, Rall’s book is a trove of practical and creative information of value to students and professional filmmakers alike." 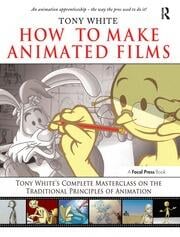 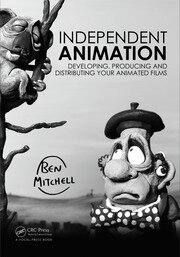