Anthropology and Anthropologists
The British School in the Twentieth Century 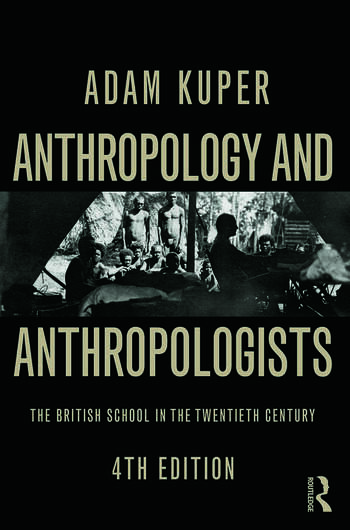 Anthropology and Anthropologists: The British School in the Twentieth Century

Anthropology and Anthropologists provides an entertaining and provocative account of British social anthropology from the foundations of the discipline, through the glory years of the mid-twentieth century and on to the transformation in recent decades. The book shocked the anthropological establishment on first publication in 1973 but soon established itself as one of the introductions for students of anthropology. Forty years later, this now classic work has been radically revised. Adam Kuper situates the leading actors in their historical and institutional context, probes their rivalries, revisits their debates, and reviews their key ethnographies. Drawing on recent scholarship he shows how the discipline was shaped by the colonial setting and by developments in the social sciences.

Preface to the fourth edition  1. Malinowski  2. Radcliffe-Brown  3. The 1930s and 1940s: from function to structure  4. Anthropology and colonialism  5. From charisma to routine: the decade after World War II  6. Edmund Leach and the neo-structuralists  7. Buddy, can you spare a paradigm?  Appendix 1: Some contributions to the history of British social anthropology  Appendix 2: Notes on the theoretical and regional interests of British-based social anthropologists, c.1920-1980

Adam Kuper is a Centennial Professor at the London School of Economics and Political Science and a Visiting Professor at Boston University. His books include Culture: The Anthropologists’ Account (1999), The Reinvention of Primitive Society (2005) and Incest and Influence: The Private Life of Bourgeois England (2009).

"Attractively written, scholarly and engaging, Adam Kuper’s account of a pivotal period in British social anthropology will enlighten any reader. More than an intellectual history, it brings to life the personalities and clashes during a time that spawned outsize personalities, moments of brilliance, and several generations of students. Disconcerting initially to some of the protagonists for its clarity of the issues and their positions, the book remains appreciated for the same reason."

"This new edition incorporates insights and evidence from recent research. However that doesn’t prevent it from being as witty, entertaining, and compulsively readable as before. When the first edition came out, anthropology’s tribal elders reacted with shock and dismay at its irreverent and familiar tone. Kuper is now one of the elders himself, but what hasn’t changed is that neophyte anthropologists and lecturers alike will continue to rely on his book."

"In this significantly embellished fourth edition, Kuper reaffirms his affectionate loyalty to the memory of the British school in its heyday, while expressing a defiant optimism concerning the future of anthropology as a social science."

"Anthropology and Anthropologists: The British School in the Twentieth-Century is an excellent, comprehensive tour through one of the most important and influential schools of anthropological theory, easily ranking alongside the Structuralist school of Claude-Levi Strauss and the Historical Particularist school of Franz Boas. In this concise, but comprehensive edition, Kuper explores the characters and ideas that built the school through both collaboration and conflict. It is an easy, accessible introduction that satisfies the reader’s anthropological curiosity while providing plenty of resources to take the exploration farther afield."