The approach to drug discovery from natural sources has yielded many important new pharmaceuticals inaccessible by other routes. In many cases the isolated natural product may not be an effective drug for any of several reasons, but it nevertheless may become a drug through chemical modification or have a novel pharmacophore for future drug design. In summarizing the status of natural products as cancer chemotherapeutics, Anticancer Agents from Natural Products, Second Edition covers the:

Anticancer Agents from Natural Products, Second Edition discusses how complex target-oriented synthesis—enabled by historic advances in methodology—has enormously expanded the scope of the possible. This book covers the current clinically used anticancer agents that are either natural products or are clearly derived from natural product leads. It also reviews drug candidates currently in clinical development since many of these will be clinically used drugs in the future.

Examples include the drugs etoposide and teniposide derived from the lead compound podophyllotoxin; numerous analogs derived from taxol; topotecan, derived from camptothecin; and the synthetic clinical candidates, E7389 and HTI-286, developed from the marine leads, halichondrin B and hemiasterlin.

Gordon M. Cragg obtained his undergraduate training in chemistry at Rhodes University, South Africa, and his D. Phil. (organic chemistry) from Oxford University. After two years of postdoctoral research at the University of California, Los Angeles, he returned to South Africa to join the Council for Scientific and Industrial Research. In 1966, he joined the Chemistry Department at the University of South Africa, and transferred to the University of Cape Town in 1972. In 1979, he returned to the US to join the Cancer Research Institute at Arizona State University working with Professor G. R. Pettit. In 1985, he moved to the National Cancer Institute (NCI), National Institutes of Health (NIH) in Bethesda, Maryland, and was appointed Chief of the NCI Natural Products Branch in 1989. He retired in December, 2004, and is currently serving as an NIH Special Volunteer. His major interests lie in the discovery of novel natural product agents for the treatment of cancer and AIDS, with an emphasis on multidisciplinary and international collaboration. He has given over 100 invited talks at conferences in many countries worldwide, and has been awarded NIH Merit Awards for his contributions to the development of the anticancer drug, Taxol® (1991), leadership in establishing international collaborative research in biodiversity and natural products drug discovery (2004), and contributions to developing and teaching NIH technology transfer courses (2004). He was President of the American Society of Pharmacognosy in 1998-1999, was elected to Honorary Membership of the Society in 2003, and was named a Fellow of the Society in 2008. In November 2006 he was awarded the William L. Brown Award for Plant Genetic Resources by Missouri Botanical Garden which also named a recently discovered Madagascar plant in his honor, Ludia craggiana, and in April 2010 he was awarded an Honorary Doctorate of Science by his South African alma mater, Rhodes University. He has established collaborations between the NCI and organizations in many countries promoting drug discovery from their natural resources. He has published over 150 chapters and papers related to these interests.


David G. I. Kingston was born in London, England, and obtained both his undergraduate and graduate training in chemistry at Cambridge University. His graduate supervisors were Lord Todd and Dr. D. W. Cameron, and his Ph.D. research was on the chemistry of the aphid pigments; he completed his Ph.D. degree in 1963. He then did three years of postdoctoral research--one in the Division of Biochemistry at MIT under Professor J. M. Buchanan, and two back at Cambridge where he was a Research Fellow of Queens’ College and worked with Lord Todd, Franz Sondheimer, and Dudley Williams. He moved to the State University of New York at Albany in 1966, and then to Virginia Tech in 1971, where he currently holds the rank of University Distinguished Professor. He served as President of the American Society of Pharmacognosy in 1988-1989. His research interests are on the isolation and structure elucidation of novel natural products, especially those with anticancer activity, and on drug delivery of paclitaxel (TaxolTM) using gold nanoparticles. He is the Principal Investigator of the Madagascar International Cooperative Biodiversity Group, which is working to achieve drug discovery, biodiversity conservation, and economic development in Madagascar. He received the Research Achievement Award of the American Society of Pharmacognosy in 1999, was named Virginia Scientist of the Year in 2002, and was the recipient of the American Chemical Society’s Ernest Guenther Award in the Chemistry of Natural Products in 2008. He has published over 350 papers and holds 15 patents. He is also an Elder in his church, the Blacksburg Christian Fellowship.


David J. Newman was born in Grays, Essex, England. First trained as an analytical chemist (Grad RIC) and then received an M.Sc. in Organic Chemistry (University of Liverpool). Following time in the UK chemical industry, he obtained a D. Phil. in Microbial Chemistry from the University of Sussex in 1968. After two years of postdoctoral studies at the Biochemistry Department, University of Georgia, USA, he worked for Smith Kline and French in Philadelphia, Pennsylvania as a biological chemist, predominately in the area of antibiotic discovery. During this time period, he obtained an M.S. in Information Sciences in 1977 from Drexel University, Philadelphia, Pennsylvania. After SK&F discontinued antibiotic discovery in 1985, he worked for a number of US-based pharmaceutical companies in natural products-based discovery programs in anti-infective and cancer treatments, and joined the Natural Products Branch of the NCI in 1991. Following Gordon Cragg’s retirement, he was acting chief of NPB until appointed chief in 2006. In conjunction with Gordon Cragg, he established collaborations between the NCI and organizations in many countries promoting drug discovery from their natural resources. In 2003 he was awarded the NIH Merit Award for his contributions to the development of potential anticancer agents from marine and microbial sources. His scientific interests are in the discovery and history of novel natural products as drug leads in the anti-infective and cancer areas, and in the application of information technologies to drug discovery. He has published over 130 papers, reviews, and book chapters, and holds 19+ patents that are related to these interests; is both an UK Chartered Chemist and an UK Chartered Biologist; and was an adjunct full professor at the Center of Marine Biotechnology, University of Maryland, from 2000-2005.

"…maintains the extremely high standards of the first edition…. Over the past few years, a comparatively large number of anticancer agents of natural product origin have been brought to the market, so this expanded and updated volume is of very high relevance to members of the biomedical research community. The authors and editors of this second edition deserve heartfelt congratulations for compiling such an informative and inspiring volume, which serves as a major addition to the natural products literature."
—A. Douglas Kinghorn, The Ohio State University, Columbus, in Journal of Natural Products

Praise for the Previous Edition

"The book brings home to us not only the amazing chemical complexity of the natural world but also the vast reservoir of potential new healing agents that yet remain to be tapped. This impressive work, which maintains a uniformly high standard throughout, will be of major benefit to a wide readership… .It seems likely that it will remain the definitive work in its genre for many years to come."
—Chemistry World

"Edited by leading scientists who have contributed enormously to natural product development and potential anticancer natural products, Anticancer Agents from Natural Products is a convenient summary of the current status of research and development of some of the most effective anticancer agents available today. It is an ideal foundation for scientist engaged in developing new and improved drugs based on natural sources."
—Memoriile Sectiilor Stintifice 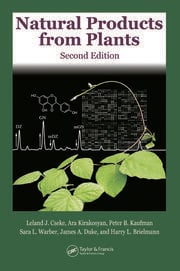 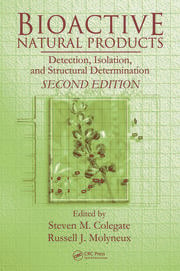 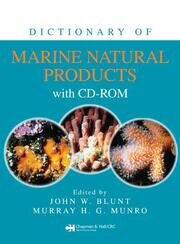