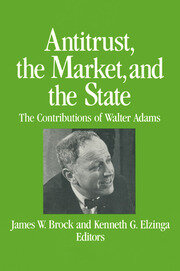 An original work on American cities and the ongoing "urban crisis". Using the metaphor of the socially constructed organization of space, Bartlett takes a broad view of the evolution of urban America, from its historical roots to the present; he then examines the way in which current policies have responded to, and affected the organization of space (covering housing, transportation, government and other urban problems). He concludes with a look to the future of American cities, how they will impact and be impacted on by changing commercial and labor markets, by the problems of poverty and cultural change. In an epilogue, he explores possible ways to overcome the "social dilemmas", while recognizing the difficulty of this undertaking.

A thoroughly unique perspective to the study of cities, this book is about how space is used in America and how it changes as the "logic of location" evolves historically. Starting with the assumption that cities are fundamentally unnatural" phenomena, it unravels the interactions of technological advances that have made them possible and policies that have given them shape.