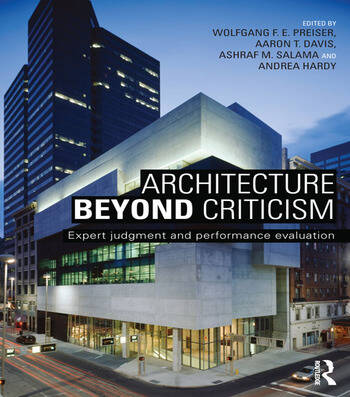 For the first time, this book demonstrates that the two paradigms of architectural criticism and performance evaluation can not only co-exist but complement each other in the assessment of built works.

As architecture takes more principled stances worldwide, from environmental sustainability to social, cultural, and economic activism, this book examines the roles of perceived and measured quality in architecture. By exploring in tandem both subjective traditional architectural criticism and environmental design and performance evaluation and its objective evaluation criteria, the book argues that both methodologies and outcomes can achieve a comprehensive assessment of quality in architecture.

Curated by a global editorial team, the book includes:

By presenting a systematic approach to assessing building performance, design professionals will learn how to improve building design and performance with major stakeholders in mind, especially end users/occupants.

Editors Wolfgang F. E. Preiser, Aaron T. Davis, Ashraf M. Salama and Andrea Hardy represent an aggregate of cutting-edge architectural practice, consulting, research and lecturing on a global basis. They have a collective publication record of 25 books with major publishing houses from around the world. Senior editor Wolfgang F. E. Preiser has chaired national committees in the US, among others, for the National Academy of Sciences; Aaron T. Davis is an architect and building enclosure specialist and serves on the editorial board for the International Journal of Architectural History and Criticism; Ashraf M. Salama is editor of two international professional journals; and Andrea Hardy is an Architect-in-Training exploring the concepts of developing the public realm in growing desert cities. 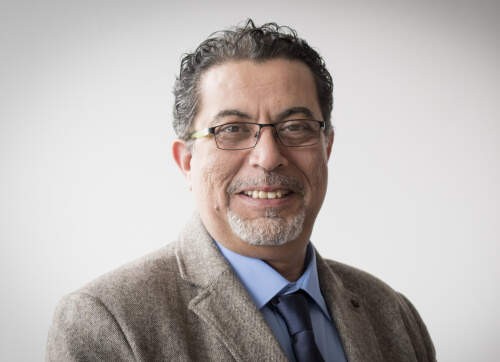 ‘Imagine if architects were trained to respond dynamically to their critics? Imagine if architecture critics practiced with sufficient rigor to be taken seriously by architects? This book is a brave and original attempt to bring together two antagonistic cultures. It points the way to a better-performing future—for critics, for architects, and for those of us, all of us, who would benefit from a built world capable of learning from the lessons of the present.’ - Philip Nobel, Editorial Director, SHoP Architects

'This is a provocative and fascinating examination of the dissolving boundaries between architectural criticism and building performance evaluation, from the historic roots of each to their evolving, sometimes contentious, relationship today. The international roster of contributing architects, planners, critics, and academics offer compelling arguments and case studies that should be fodder for debate in many spheres for many years to come.' - Kristen Richards, Hon. AIA, Hon. ASLA, Founder and Editor, ArchNewsNow.com, and Editor, Oculus magazine

‘Powerful building design tools and methodologies, coupled with advanced construction technologies, have enabled architects to create buildings increasingly complex in form and function. Yet assessment of architecture, especially in public media, remains highly subjective and qualitative, focused mostly on visual, contextual and historical attributes.  Evidence-based evaluation and objective measurement of building performance - functional, technical, environmental, sociological, economic, and political - are rare in critical discourse. The diverse contributors to Architecture Beyond Criticism rigorously address these contrasting assessment paradigms and, often using place and project case studies, show why architectural criticism must become more comprehensive. Any professional who judges architecture - media critics, historians, design professors, practicing architects, and building engineers - should read this insightful, well researched book.’ - Roger K. Lewis, a fellow of the American Institute of Architects, is a practicing architect and urban planner; a Professor Emeritus of Architecture at the University of Maryland College Park; and an author and journalist

'Critique has long been considered a vital force in driving architectural excellence. Yet few educators understand the differences between good, actionable critical feedback and creatively limiting, negative feedback. This book invites both established educators and practitioner critics to consider some of the tacit agendas that influence design critique, and the role it has to play in shaping both the values and practices of tomorrows profession.' - Dr Harriet Harris, Principal Lecturer, Oxford Brookes University