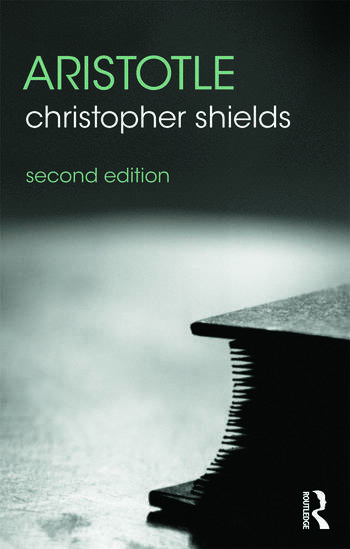 In this extensively revised new edition of his excellent guidebook, Christopher Shields introduces the whole of Aristotle’s philosophy, showing how his powerful conception of human nature shaped much of his thinking on the nature of the soul and the mind, ethics, politics, and the arts.

Beginning with a brief biography, Shields carefully explains the fundamental elements of Aristotle’s thought: his explanatory framework, his philosophical methodology, and his four-causal explanatory scheme. Subsequently he discusses Aristotle’s metaphysics, the theory of categories, logical theory, and his conception of the human being as a composite of soul and body.

The last part concentrates on Aristotle’s value theory as applied to ethics and politics, and assesses his approach to happiness, virtue, and the best life for human beings, before turning to a consideration of Aristotle's theory of rhetoric and the arts, with a special focus on his perennially controversial treatment of tragedy.

This second edition includes an expanded discussion of Aristotle's method, and new sections on key issues in perception, thought, akrasia, and mimesis. It concludes with an expanded assessment of Aristotle's legacy, sketching currently emerging Neo-Aristotelian movements in metaphysics and virtue ethics.

Life and Works  1. Explaining Nature and the Nature of Explanation  2. Thinking  3. Aristotle’s Early Ontology  4. Puzzles of Nature  5. Substance and the Science of Being qua Being  6. Living Beings  7. Living Well  8. Political AssociationRhetoric and the Arts  9. Aristotle’s Legacy.  Index

"With this accessible, incisive overview, Shields will become for a new generation of undergraduate and graduate students what W. D. Ross or W. K. C. Guthrie were for previous generations of scholars - a lifeline of clarity in the sometimes murky seas of Aristotle's texts. …a fluid, contemporary analysis of Aristotle that remains lively through candid acknowledgement of textual puzzles and a lucid ordering in exposition. … Summing Up: Essential." - CHOICE

'This delightful and fully engaging book, written in a sparkling style and abounding in entertaining examples, is designed for those who are new to Aristotle and want to approach him from a contemporary philosophical standpoint. ...The book fulfils these goals very well and thereby offers a prime alternative to standard introductions to Aristotle.' – Philosophical Review

'Christopher Shields' book introduces the philosophy of Aristotle in a comprehensive, informative and perspicuously argued way that engages with the philosopher's arguments and views with critical surety and acuity.' – Vasilis Politis, Trinity College Dublin, Ireland

'An impressive and first-rate overview of Aristotle's philosophy. I can't think of a better introduction.' – Richard Kraut, Northwestern University, USA