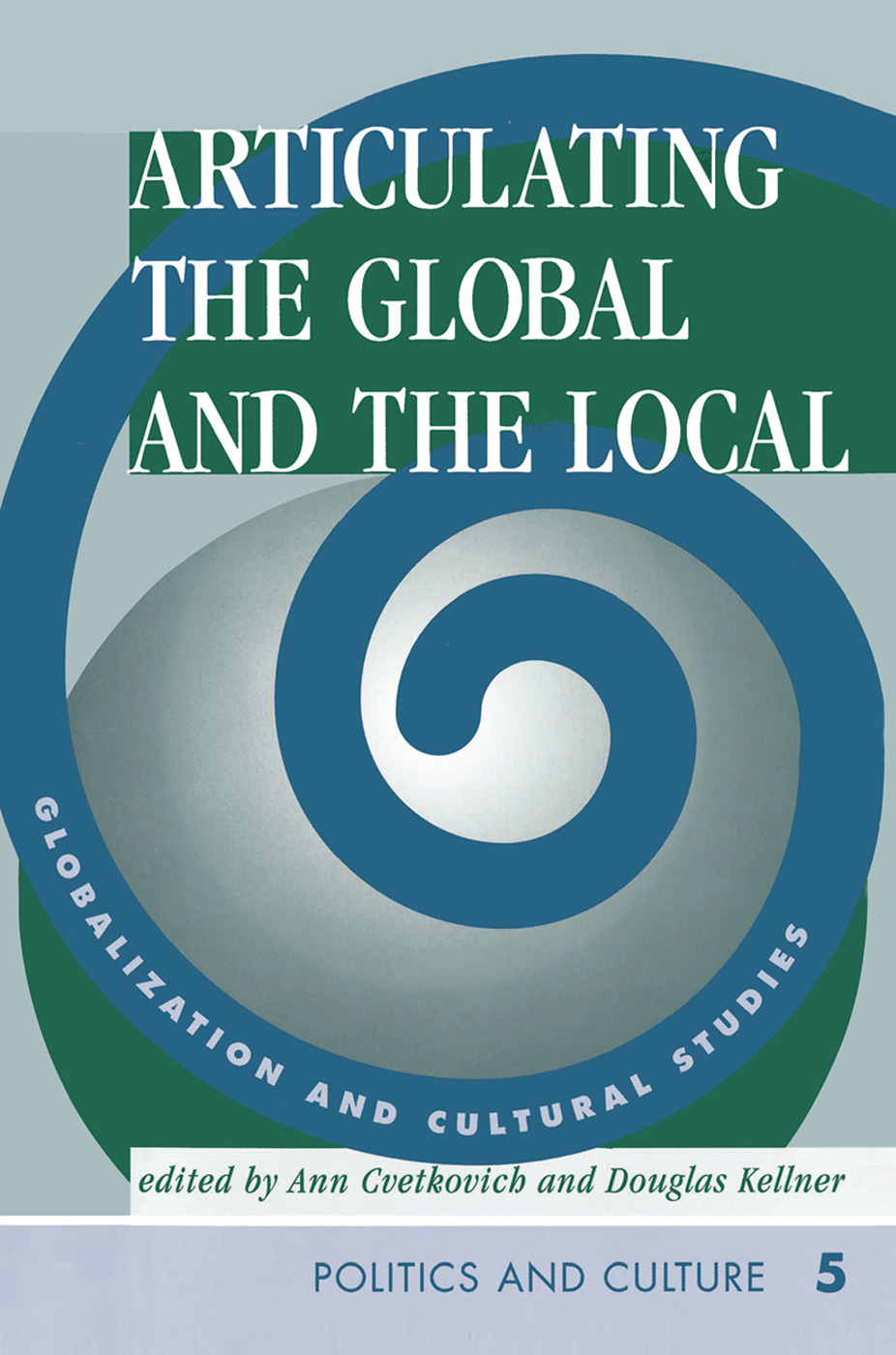 Articulating The Global And The Local

This book explores how discourses of the local, the particular, the everyday, and the situated are being transformed by new discourses of globalization and transnationalism, as used both by government and business and in critical academic discourse. Unlike other studies that have focused on the politics and economics of globalization, Articulating

Introduction: Thinking Global and Local, PART ONE THEORIZING THE GLOBAL AND THE LOCAL, 1 Collective Identity and the Democratic Nation-State in the Age of Globalization, 2 Looking for Globality in Los Angeles, 3 The (Trans) National Basketball Association: American Commodity-Sign Culture and Global-Local Conjuncturalism, 4 The Politics of Corporate Ecological Restorations: Comparing Global and Local North American Contexts, PART TWO CULTURAL STUDIES AND THE LOCATIONS OF CULTURE, 5 Of Hecceites and Ritournelles: Movement and Affect in the Cajun Dance Arena, 6 Cosmopolitanism and Communion: Renegotiating Relations in Sara Suleri's Meatless Days, 7 In the Name of Audre Lorde: The Location of Poetry in the United States, PART THREE TRANSLOCAL CONNECTIONS, 8 Translating Resistance, 9 License to Feel: Teaching in the Context ofWar(s), 10 Nationalism and Internationalism: Domestic Differences in a Postcolonial World

Ann Cvetkovich is associate professor of English and Douglas Kellner is professor of philosophy, both at the University of Texas at Austin.