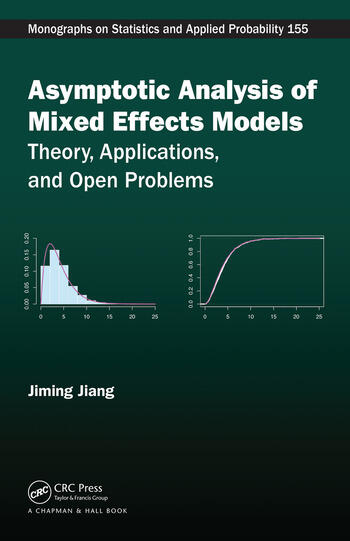 "… This book by Jiming Jiang presents an authoritative and comprehensive account of the many asymptotic results which underpin the analysis of mixed models. The text contains the necessary suite of lemmas, theorems and proofs which will satisfy the aficionado in asymptotic analysis but, at the same time, the narrative has a light and gentle touch which will appeal to the more casual reader. … [T]his book is beautifully crafted. The presentation is clear, the challenging mathematics which underpin the development of asymptotic results for mixed models is carefully delineated and the examples are perfectly illustrative. The introduction of open problems at the end of each chapter should be invaluable to researchers in asymptotic analysis and the broad range of examples presented throughout the book should help the practitioner to understand the subtlety and complexity of key asymptotic results which are so often taken for granted in the analysis of mixed models."
—Linda M. Haines, in Mathematical Review Clippings, May 2018

"This pioneering monograph by Jiang presents the asymptotic theory for mixed models in a lucid manner by "focusing on interpretation of the results as well as assumptions and applications to problems of practical interest". It is not written in a theorem-proof style with all the technical details. A large portion of this monograph is based on the author’s outstanding research papers on mixed effects models. Asymptotic theory related to small area estimation, a topic of great practical interest due to growing demand for reliable small area statistics, is also presented with focus on resampling methods for the estimation of mean squared prediction error. Asymptotic theory in some other mixed effects models is also studied. An important feature of the monograph is the inclusion of open problems in each chapter for the benefit of researchers. This outstanding monograph will become a standard reference on asymptotic theory for mixed effects models."
— J. N. K. Rao, Carleton University

"This is a timely book that contains much useful and interesting material on asymptotic theory for mixed models. The book synthesises and reviews roughly 40 years of research, much of which in the last 20 has involved the author as one of the leading contributors. A great bonus in the book is that it provides the background and details that are so often cut out of research papers. It is written at a good level of detail with quite a lot of discussion and explanation; it explains many of the issues in the theory underlying these models and thereby gives considerable insight into their application. The coverage of linear mixed models, generalized linear mixed models, small area estimation and other (including nonlinear) mixed models is just right."
— Professor Alan Welsh, Australian National University

"I have known the author, especially his work on restricted maximum likelihood (REML), since he was a Ph. D. student at Berkeley. I recall that he once told me that there were at least ten places in his thesis on asymptotic behavior of REML that were "not obvious". Now, upon reading his latest monograph, ‘Asymptotic Analysis of Mixed Effects Models’, it is clear to me that he has made non-obvious subjects obvious. In fact, this is the style of his monograph, as is for his previous books and monograph, that he is able to explain asymptotic theory in depth using lay language. Even more, he connects asymptotic theory and methods with real world applications. As a statistical geneticist, I am particularly interested in the genetic application of mixed effects models, for which asymptotic methods have played important roles. The section on high-dimensional misspecified mixed model analysis in genome-wide association study covers one of the latest important advances in this area. This monograph will be a great asset to the theory and application of asymptotic analysis."
—Hongyu Zhao, Ira V. Hiscock Professor and Chair of Biostatistics, Yale School of Public Health

"The monograph is primarily built around mixed linear and generalized linear models, areas in which the author has made significant contributions. While the monograph covers classical results on these topics, it includes as well some additional topics, not commonly found in text-books. For instance, I may draw attention to misspecified mixed models. In spite of its importance, the topic has not been addressed adequately for mixed models, let alone mentioned in books or monographs. Another important inclusion is conditional inference, which while popular in other contexts, has not made inroads into linear or generalized linear models. The book is intended for advanced graduate students and can very well be used in a special topics course. Students need enough mathematical maturity to comprehend and appreciate the contents of this book. Researchers working in diverse areas of statistics will find a wealth of material in this book. The book includes many less known results which seem valuable in current day research where one needs non-standard analysis."
—Malay Ghosh, Distinguished Professor, University of Florida 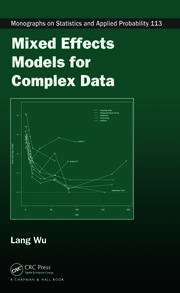 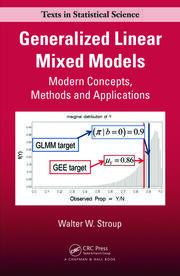