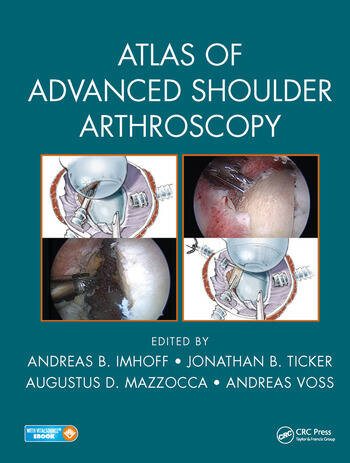 Arthroscopic surgery has been one of the biggest Orthopedic advances in the last century. It affects people of all ages. Total joint replacement may capture popular imagination, but arthroscopy continues to have a greater effect on more people. This Atlas provides the most up to date resource of advanced arthroscopic techniques, as well as including all the standard procedures. Beautifully illustrated and supported by online videos of the latest techniques, this Atlas will appeal to both experienced shoulder surgeons as well as the orthopedic surgeon seeking to enhance his or her knowledge of shoulder arthroscopy.

He was elected as a Professor of Orthopedic Surgery and Arthroscopy at the faculty Medical School and faculty School of Sport Science and Health, Technical University Munich, to serve as director and chairman of the Department of Orthopedic Sports Medicine from 1996.

Professor Imhoff has received many awards from different countries all over the world since 1999, and he has edited 34 books and published over 365 journal articles, cited in Pubmed. He was awarded and listed by the FOCUS company every year since 2010. As one of the Top Surgeons in Shoulder, Knee and Sportsorthopaedics in Germany.

is an Assistant Clinical Professor of Orthopaedic Surgery at the College of Physicians and Surgeons of Columbia University, New York. Dr. Ticker is Chair of the Board of Trustees of the American Shoulder & Elbow Surgeons Foundation, and is a past member of the Executive Committee of ASES. He has been Co-Chair of the Industry and

Program Committees for ASES, as well as Chair of the Research Committee for the Arthroscopy Association of North America. His academic endeavors have included research on the shoulder in basic science and clinical subjects. These interests have resulted in numerous peer-reviewed journal publications, as well as book chapters. In addition, Dr. Ticker has co-edited two shoulder texts: An Atlas of Shoulder Surgery and An Atlas of Shoulder Arthroscopy, along with Freddie Fu and Andreas Imhoff. He edited American Shoulder & Elbow Surgeons 25th Anniversary, a book devoted to the history of this Society. His emphasis on education includes instructing at international, national, regional, and local meetings and courses, with didactic and technique-oriented efforts, as well as orthopedic residency training at Northwell Health’s Long Island Jewish Medical Center. Dr. Ticker is in private practice on Long Island, New York, with Orlin & Cohen Orthopaedic Group. His clinical and operative practice is exclusive to the shoulder (www.LIshoulder.com). He has been married for over 30 years, with two wonderful children.

International collaboration in both education and research is a top priority for Professor Mazzocca bridging six countries, including Brazil, Japan, Austria, Germany, Italy, and France and five of the seven continents. He has had several international sports medicine research fellows in his laboratories, and he is internationally renowned for his work in the following areas: biceps tenodesis, distal biceps for the elbow, anatomic coracoclavicular reconstruction for the treatment of chronic acromioclavicular separation, and biologic augmentation of failed rotator cuff repair using concentrated bone marrow and platelet rich plasma. The extent of this research has led to 70 book chapters, 138 abstracts, posters, 162 peer reviewed journal articles, and 252 invited national and international talks.

Professor Mazzocca has also held many important positions. He was the Program Director for the American Orthopaedic Society for Sports Medicine (AOSSM) for the 2015 International Meeting, and a member at large for the AOSSM Nominating Committee from 2014–2015. In 2014 he served on the Upper Extremity Program Committee for Specialty Day. Professor Mazzocca has been a part of the American Shoulder and Elbow Society (ASES) Continuing Education Committee since 2009, and has been a member of the Closed Meeting Committee for 2015 and 2016. He has also been a member of the Arthroscopy Association of North America (AANA) Research Committee since 2010. In 2003, Professor Mazzocca was a founder of the New England Shoulder and Elbow Society (NESES) and continues to be part of its executive governing board. He remains an active member of AOSSM, ASES, AANA, and NESES, as well as the following professional societies: American Academy of Orthopaedic Surgeons (AAOS), International Society of Arthroscopy, Knee Surgery and Orthopaedic Sports Medicine (ISAKOS), The American Orthopaedic Association (AOA), Orthopaedic Research Society (ORS), European Society for Surgery of the Shoulder and Elbow (ESSE), American College of Sports Medicine Member (ACSM), and the Connecticut Academy of Science and Engineering (CASE).

Professor Mazzocca has served on the editorial board of several orthopaedic publications including: Orthopedics Today, Basic Science & Technology Section Editor 2014, Orthopedics Today Editorial Board from 2013 to present, Techniques in Shoulder and Elbow Surgery, Editorial Board from 2010 to present, Associate Editor of the Journal of Bone and Joint Surgery–Shoulder and Elbow Newsletter from 2011 to present, Section Editor–Arthroscopy Section for the AAOS Orthopaedic Knowledge Update 4th Edition in 2011, co-editor of the AAOS Monograph Disorders of the Proximal Biceps Tendon in 2011. He has also received more than 50 awards, honors, and grants.

Besides his enthusiasm for and interest in research, he also greatly supports medical education. Therefore, he was one of the founding members of a special student’s board within the AGA. Using a unique step-by-step curriculum, the medical students are taught in the basic principles of joint surgery to spark their interest in orthopedic surgery. He also holds the certificate of higher education of Bavaria, and has received several grants and awards (e.g., co.don Research Award, German Research Foundation grant, German Society of Orthopedics and Traumatology grant, Bavarian Research Alliance grant). 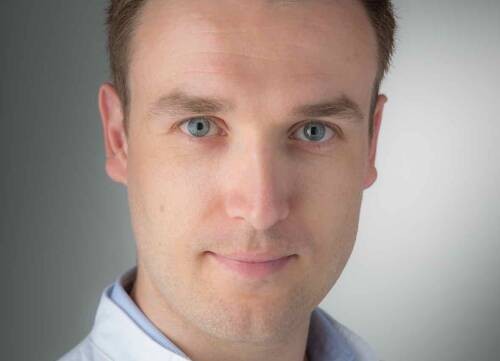 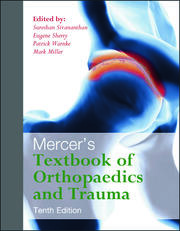 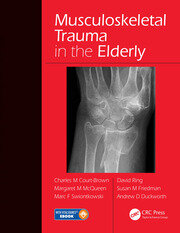