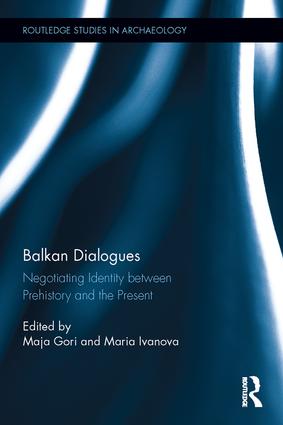 Negotiating Identity between Prehistory and the Present, 1st Edition

Spatial variation and patterning in the distribution of artefacts are topics of fundamental significance in Balkan archaeology. For decades, archaeologists have classified spatial clusters of artefacts into discrete “cultures”, which have been conventionally treated as bound entities and equated with past social or ethnic groups. This timely volume fulfils the need for an up-to-date and theoretically informed dialogue on group identity in Balkan prehistory. Thirteen case studies covering the beginning of the Neolithic to the Middle Bronze Age and written by archaeologists conducting fieldwork in the region, as well as by ethnologists with a research focus on material culture and identity, provide a robust foundation for exploring these issues. Bringing together the latest research, with a particular intentional focus on the central and western Balkans, this collection offers original perspectives on Balkan prehistory with relevance to the neighbouring regions of Eastern and Central Europe, the Mediterranean and Anatolia. Balkan Dialogues challenges long-established interpretations in the field and provides a new, contextualised reading of the archaeological record of this region.

Balkan Dialogues. Negotiating Identity between Prehistory and The Present

I. Rethinking Groups and Cultures

2. Ethnicity as a Form of Social Organization. Notes on the multiplicity of understandings of a contested concept

3. The transitions between Neolithic and Early Bronze Age in Greece, and the “Indo-European problem”

9. Culinary landscapes and identity in prehistoric Greece: an archaeobotanical exploration

10. Neolithic Assemblages and Spatial Boundaries As Exemplified through the Neolithic of Northwestern Turkey

13. Practicing Archaeology and Researching Present Identities in No Man’s land. A View from the Tri-national Prespa Lake

Maja Gori works as postdoctoral researcher at the National Research Council of Italy (IRISS-CNR). Before this appointment she worked as adjunct faculty member at the University of Heidelberg. Her research interests comprise uses of past in identity building, ceramic technology, mobility, and connectivity in the Mediterranean.

Maria Ivanova is lecturer in Prehistoric Archaeology at the University of Heidelberg, Germany, where she studies the Neolithic and Early Bronze Age of Eastern and Central Europe, with a particular focus on ancient technology, spheres of exchange, the transmission of technology across Eurasia, and prehistoric warfare and violence.