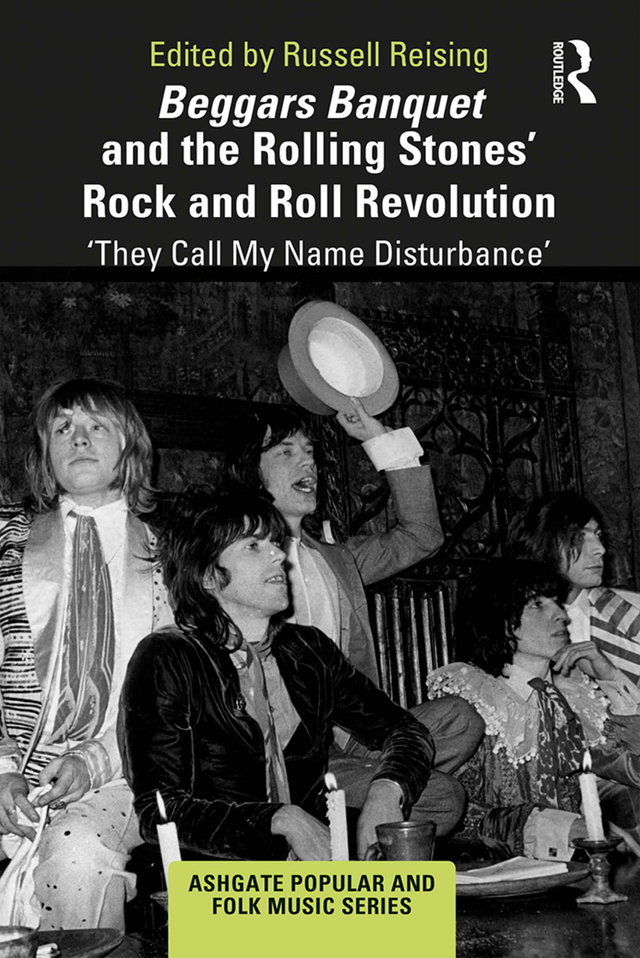 Beggars Banquet and the Rolling Stones' Rock and Roll Revolution

The Rolling Stones’ Beggars Banquet is one of the seminal albums in rock history. Arguably it not only marks the advent of the ‘mature’ sound of the Rolling Stones but lays out a new blueprint for an approach to blues-based rock music that would endure for several decades. From its title to the dark themes that pervade some of its songs, Beggars Banquet reflected and helped define a moment marked by violence, decay, and upheaval. It marked a move away from the artistic sonic flourishes of psychedelic rock towards an embrace of foundational streams of American music – blues, country – that had always underpinned the music of the Stones but assumed new primacy in their music after 1968. This move coincided with, and anticipated, the ‘roots’ moves that many leading popular music artists made as the 1960s turned toward a new decade; but unlike many of their peers whose music grew more ‘soft’ and subdued as they embraced traditional styles, the music and attitude of the Stones only grew harder and more menacing, and their status as representatives of the dark underside of the 60s rock counterculture assumed new solidity. For the Rolling Stones, the 1960s ended and the 1970s began with the release of this album in 1968.

"The book’s strength is the astonishingly broad palette of disciplines it covers. Some chapters focus on the individual players (including the sidemen and producers) or concentrate on the analysis of a single song (including rare b-sides) while others deal with larger topics such as sexuality, ethics, psychedelia, disability, production techniques, or the staging of live performances. For such a panopticon, a good structure is needed and the editor really did his best to create a convincing ‘set list’. It all holds together by concentrating on Beggars Banquet, the LP with which the band reinvented themselves and found their style for the decades to come. 50 years later, this is the book such a musical milestone deserves!"

Russell Reising: Introducton: "Just trying to do this jigsaw puzzle"

Part I: What can poor boys do, except to sing (and play and produce) in a rock ‘n' roll band?

Steven Baur: 'And the drummer, he’s so shattered': the percussive core of Beggars Banquet

Akitsugu Kawamoto: 'And the bass player, he looks nervous': progressive elements in the bass lines of Beggars Banquet

Jim LeBlanc: 'Too much is never enough': Beggars Banquet and the decline of Brian Jones

Part II: "What’s puzzling you is the nature of my game": some ideas

Ruth Tallman: Condemned to be free: the frightening uncertainty of a world without morality

Norma Coates: How can a smart chick like me listen to the Stones and not throw up? A speculative exploration of Beggars Banquet and misogyny

Kimberly Mack: Please allow me to introduce myself’: autobiographical blues self-fashioning in ‘Sympathy for the Devil’

Peter Mills: "Ghost at the banquet : the enigma of 'Child Of The Moon'"

Part IV: The Rolling Stones, live if you want it

Steve Waksman: On the Road to Altamont: the Rolling Stones on Tour, 1969

Kimi Karki: 'I've been around for a long, long year’: the spectacular evil in the Rolling Stones’ live performance career