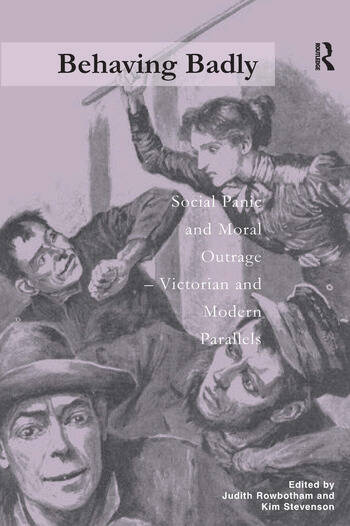 Both the Victorian age and the late twentieth century are often characterised by contemporaries as times of apparent economic affluence and stability. They are often depicted as periods that shared a conviction that the stability of society, including its affluence, was threatened by the activities of social deviants. These essays aim to examine crime of a socially visible nature, in the context of social panic and moral outrage in both the Victorian period and the late twentieth century. Through a series of interconnected case studies, exploring the social and legal responses to such offences and their public presentation through popular reporting and the court system, a series of apparent continuities as well as discontinuities are highlighted in the making of legislation. The innovative approach taken by the editors and contributors to concepts of crime and bad behaviour, make this essential reading for academics and practitioners. The interdisciplinary focus of the book allows it to locate the legal processes and system firmly within the socio-cultural context, instead of examining it as a discrete area of individual study, making this text central to work in law, criminology and social policy, and history.