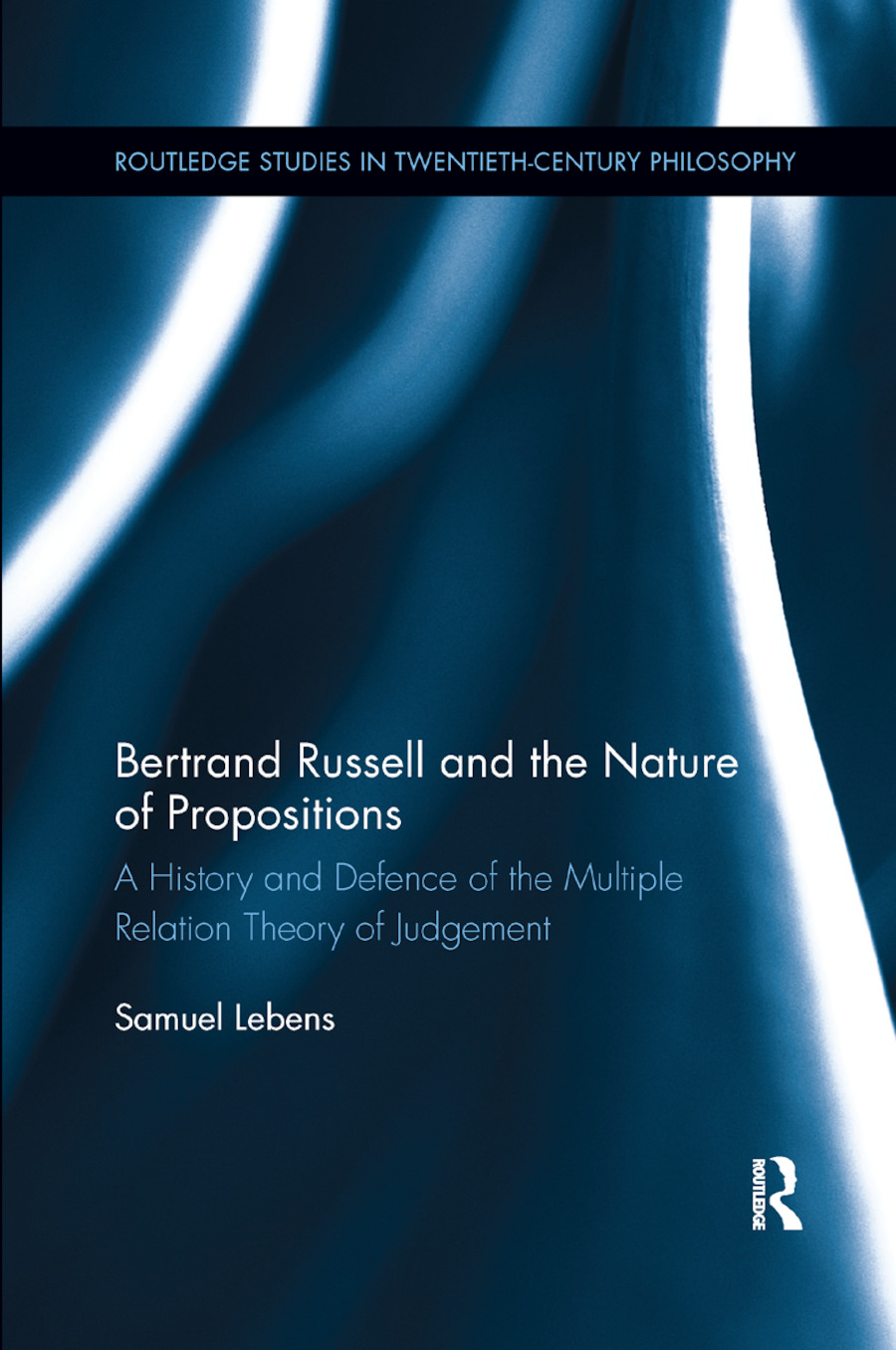 Bertrand Russell and the Nature of Propositions

A History and Defence of the Multiple Relation Theory of Judgement, 1st Edition

Bertrand Russell and the Nature of Propositions offers the first book-length defence of the Multiple Relation Theory of Judgement (MRTJ). Although the theory was much maligned by Wittgenstein and ultimately rejected by Russell himself, Lebens shows that it provides a rich and insightful way to understand the nature of propositional content.

In Part I, Lebens charts the trajectory of Russell’s thought before he adopted the MRTJ. Part II reviews the historical story of the theory: What led Russell to deny the existence of propositions altogether? Why did the theory keep evolving throughout its short life? What role did G. F. Stout play in the evolution of the theory? What was Wittgenstein’s concern with the theory, and, if we can’t know what his concern was exactly, then what are the best contending hypotheses? And why did Russell give the theory up? In Part III, Lebens makes the case that Russell’s concerns with the theory weren’t worth its rejection. Moreover, he argues that the MRTJ does most of what we could want from an account of propositions at little philosophical cost.

"The book is well written. It gives clear arguments. It interweaves seamlessly historical and ongoing controversies within unified narratives. For these reasons a close study of Lebens’ book will richly reward scholars interested either in Russell’s MRTJ or in the metaphysics of meaning . . . In summary, Lebens has demonstrated that more remains to be said about the MRTJ, and he convincingly argues that MRTJ (in some form) was buried before it was dead, even, arguably, by Russell himself." – Landon D. C. Elkind in Russell Studies

"Lebens’s book makes an interesting, original, and accessible contribution both to Russell scholarship, and to current debates in the philosophy of language. It fills an important lacuna within the scholarly literature on Russell’s MRTJ, and does so admirably." – James Connelly, Trent University, Canada

Part I: The Philosophical and Historical Background

2. Russell and Moore in Rebellion

4. Semantics, Assertion and the Theory of Descriptions

Part II: The Rise and Fall of the MRTJ

7. The Demise of the MRTJ

11. The MRTJ and its Competitors

Samuel Lebens is a Senior Research Fellow in the Philosophy Department at the University of Haifa, Israel.