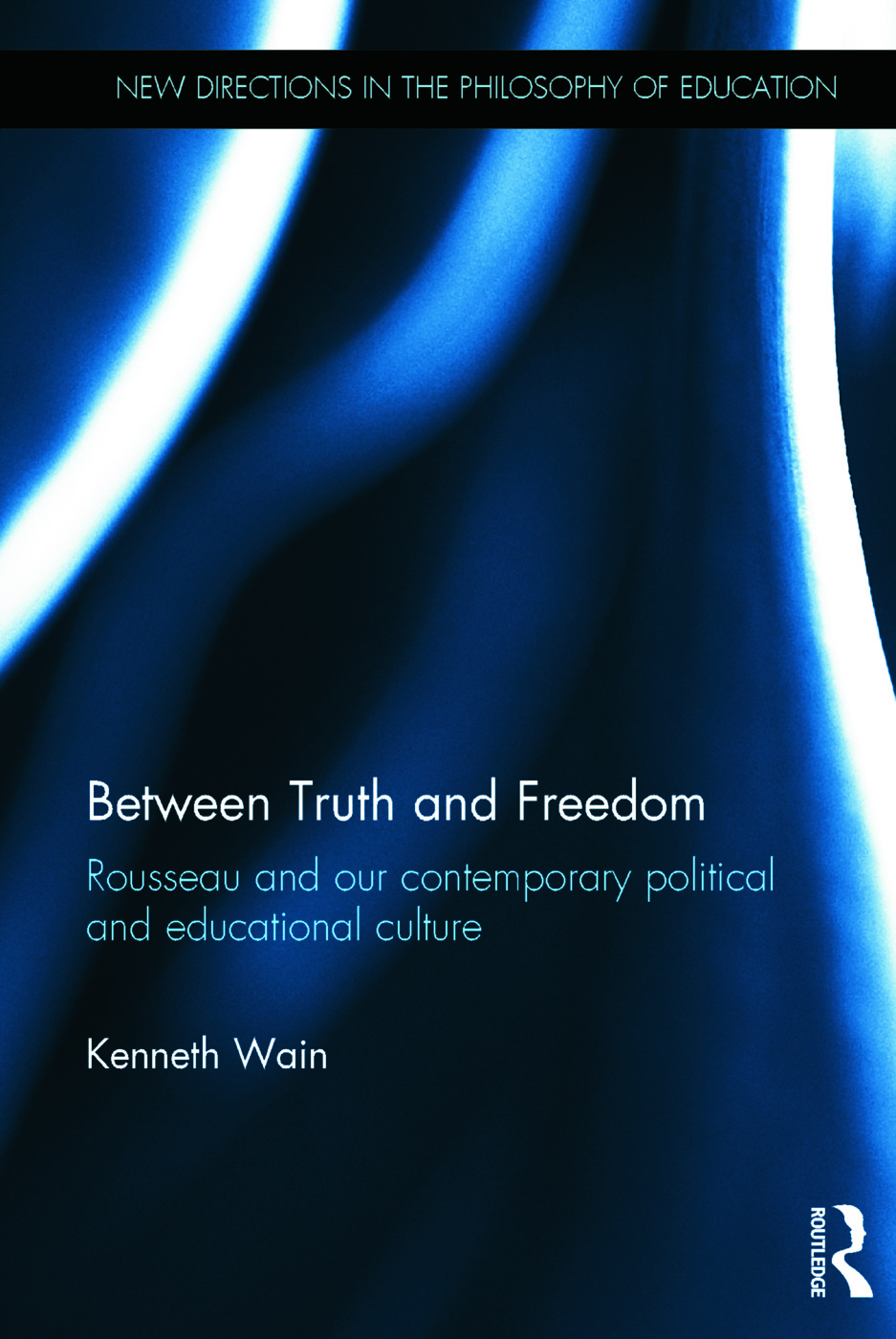 Between Truth and Freedom

Rousseau and our contemporary political and educational culture, 1st Edition

This book engages in a broad reading of Rousseau’s writings on educational and political thought in order to explore and address the competing demands of the enculturation and individuation of the young in Western societies. Although Rousseau’s Emile has been frequently utilised in educational debate, much of his other work has been largely neglected, as too has the relationship between his educational and political thinking, which this work seeks to redress.

Drawing on the thinking of philosophers Foucault and Richard Rorty, the book considers the public and private conflicts of education and politics in modern societies, treating them as the tension between the demands of truth and freedom. This tension exists across a range of educational and political systems, such as teaching in and by the family, school, the government and, separately, for women. Wain suggests that the conflict between truth and freedom began with Rousseau and remains a central challenge in our contemporary world of political and educational thought. This book’s examination of the public and private roles in education and politics can enhance our understanding of modern educational systems and current political nihilism.

Between Truth and Freedom

provides an analysis of Rousseau’s position on the politics of education, arguing that his thoughts were much wider and more sophisticated than the ideas presented in Emile imply. This new consideration of the work of a classic figure will appeal to researchers and academics in the fields of the philosophy of education and political education.

Introduction: Rousseau into the Twenty-first Century Chapter One: The Ethics of Authenticity and Postmodern Education Chapter Two: At Odds with his Age Chapter Three: The Impossibility of Emile Chapter Four: The Poeticization of Culture Chapter Five: Politics of the ménage a trois Chapter Six: Self-creation and the Eye of Power

Kenneth Wain is Professor of Education Studies in the Faculty of Education, University of Malta, Malta.