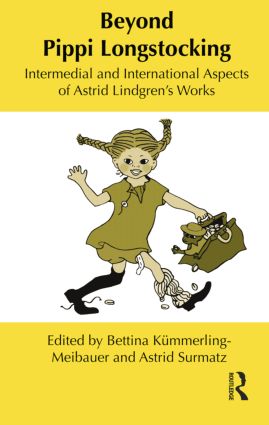 Astrid Lindgren, author of the famed Pippi Longstocking novels, is perhaps one of the most significant children's authors of the last half of the twentieth century. In this collection contributors consider films, music, and picturebooks relating to Lindgren, in addition to the author's reception internationally. Touching on everything from the Astrid Lindgren theme park at Vimmerby, Sweden to the hidden folk songs in Lindgren's works to the use of nostalgia in film adaptations of Lindgren's novels, this collection offers an important international and intermedial portrait of Lindgren research today.

"An impressively diverse collection in terms of both methodology and subject… The essays in this volume demonstrate how Astrid Lindgren defined and continues to resonate with both a specific national identity and the citizenry of the so-called universal republic of childhood." - Karen Coats, Children's Literature Association Quarterly

Bettina Kümmerling-Meibauer is Professor in the German Department at the University of Tübingen. In 2010 she held the position of guest professor in memory of Astrid Lindgren at Linnaeus-University of Kalmar/Växjö, Sweden. She was also one of the advisory editors for The Oxford Encyclopedia of Children’s Literature.

Astrid Surmatz is tenured Assistant Professor in Swedish and Scandinavian Literature at the University of Amsterdam. In 2008 she was guest professor in memory of Astrid Lindgen at Linnaeus-University of KalmarVäxjö/, Sweden, where she continues as a visiting professor. She wrote her dissertation on Astrid Lindgren’s Pippi Longstocking in various translations and is works currently on Linnaeus.