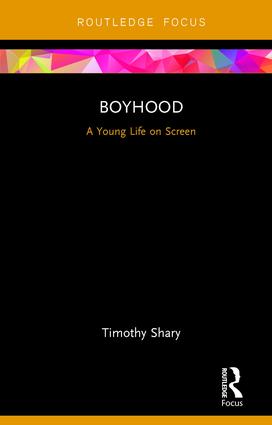 This book traces the development of Richard Linklater’s Boyhood from its audacious concept through its tenacious production to its celebrated reception, placing it within the context of cinematic parables about children to demonstrate its distinctive vision. Timothy Shary, author of numerous studies on the history of teen cinema, evaluates the film’s many messages about youth and adolescence within the context of early twenty-first century American culture, illuminating how Linklater’s singular vision of the otherwise ordinary life of a boy reveals potent universal truths about all people.

Timothy Shary has published seven books on the representational politics of age and gender, beginning with Generation Multiplex: The Image of Youth in Contemporary American Cinema (2002; 2014), and most recently Fade to Gray: Aging in American Cinema (2016) with Nancy McVittie. His work on youth cinema has been published in numerous books and journals since the 1990s, including The Journal of Film and Video, Film Quarterly, The Journal of Popular Culture, The Journal of Popular Film and Television, and Boyhood Studies.

Cinema and Youth Cultures engages with well-known youth films from American cinema as well the cinemas of other countries. Using a variety of methodological and critical approaches the series volumes provide informed accounts of how young people have been represented in film, while also exploring the ways in which young people engage with films made for and about them. In doing this, the Cinema and Youth Cultures series contributes to important and long standing debates about youth cultures, how these are mobilized and articulated in influential film texts and the impact that these texts have had on popular culture at large.