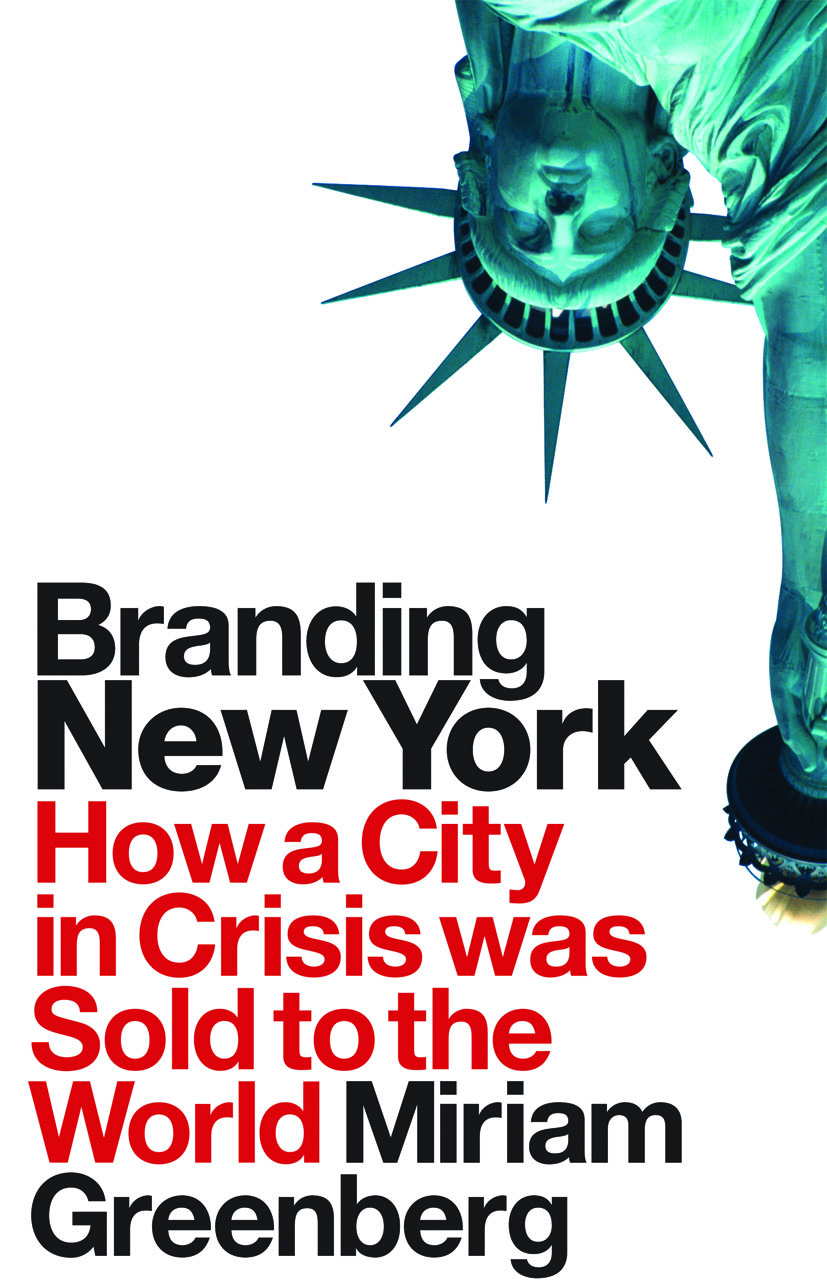 How a City in Crisis Was Sold to the World, 1st Edition

Branding New York traces the rise of New York City as a brand and the resultant transformation of urban politics and public life. Greenberg addresses the role of "image" in urban history, showing who produces brands and how, and demonstrates the enormous consequences of branding. She shows that the branding of New York was not simply a marketing tool; rather it was a political strategy meant to legitimatize market-based solutions over social objectives.

"I love New York. I am equally taken by Miriam Greenberg's fascinating account of how powerful political interests invented this famous slogan as a strategy for asserting their claim over the city's image, resources, policies, and priorities." - Dennis Judd, Professor of Political Science, University of Illinois, Chicago

"This concise work explores the efforts of New York elites to brand their city in order to deal with repeated crises confronting the city in the last third of the 20th century…a well-written and thoroughly researched urban history that makes a valuable contribution to the field. Highly recommended." -- T.A. Aiello, Choice, February 2009

Introduction: New York, Capital of the 1970s. Prologue: From the Standpoint of the Out-of-Towner 1. Branding and the Neoliberal City Part 1: From Image Crisis to Fiscal Crisis: 1964-1974 2.It’s a Small World After All: The Rise of New York Media the End of Boosterism 3. Style & Power: the Common Sense of New York Magazine 4. Selling the City in Crisis: "Big Apple" and the Invention of the Public Private Partnership Part 2: The Battle to Brand New York: 1975-1985 5.Welcome to Fear City 6. The Limits of Branding: From 'Big Apple' to the 'Summer of Sam' 7. Purging New York through I© NY 8. Conclusion: The Legacy of the 1970s 9. New York City as a Symbol of Neoliberalism. Epilogue: Re-Branding New York after the World Trade Center

Miriam Greenberg is an Assistant Professor in Sociology at the University of California Santa Cruz, and is a visiting scholar at the Center for Urban Research and Policy at Columbia. Her interests lie at the intersection of urban political economy and media studies. In particular, her research focuses on the official use of media and marketing in New York City during the fiscal crisis period of the 1970s and the current, post- 9/11 era, exploring the politics of urban representation in times of crisis, as well as the relationship between city marketing and the broader efforts of neoliberal restructuring.