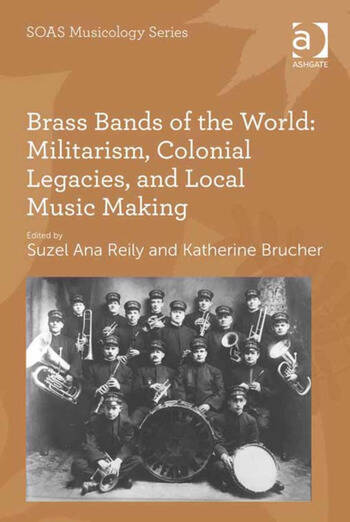 Bands structured around western wind instruments are among the most widespread instrumental ensembles in the world. Although these ensembles draw upon European military traditions that spread globally through colonialism, militarism and missionary work, local musicians have adapted the brass band prototype to their home settings, and today these ensembles are found in religious processions and funerals, military manoeuvres and parades, and popular music genres throughout the world. Based on their expertise in ethnographic and archival research, the contributors to this volume present a series of essays that examine wind band cultures from a range of disciplinary perspectives, allowing for a comparison of band cultures across geographic and historical fields. The themes addressed encompass the military heritage of band cultures; local appropriations of the military prototype; links between bands and their local communities; the spheres of local band activities and the modes of sociability within them; and the role of bands in trajectories toward professional musicianship. This book will appeal to readers with an interest in ethnomusicology, colonial and post-colonial studies, community music practices, as well as anyone who has played with or listened to their local band.

Suzel Ana Reily is a Reader in Ethnomusicology and Social Anthropology at Queen’s University Belfast. She has published widely on Brazilian music, focusing on local community traditions, such as choirs, brass bands and local folk groups. Katherine Brucher is an Assistant Professor of Music at the DePaul University School of Music in Chicago, Illinois, USA. She has published on the music of Portugal and Portuguese diaspora communities, music and migration, and global wind band traditions.

A Baker & Taylor Academic Essentials Title in Area/Ethnic Studies: Multicultural Studies ’This is a fascinating book - the first to take a global view of a musical tradition grounded on the one side in the physics of sound and the outdoors, and on the other by local cultures that go back a long way and are fiercely guarded. If you think you know something about wind bands, you are only partly right.’ Kenneth Kreitner, University of Memphis, USA 'Overall, the book is quite useful in understanding the dissemination and localization of brass and military bands around the world. It is a well-constructed and intriguing read for anyone interested in histories of bands, but more generally it would be of interest to anyone researching colonial music history, military music history, cross-cultural musical studies, or the spread of band music from Europe outwards.' Notes '... the many fascinating insights offered by Living with the Royal Academy make a useful contribution toward the rewriting of the history of British art during the first century or so of the Royal Academy’s existence.' CAA Reviews