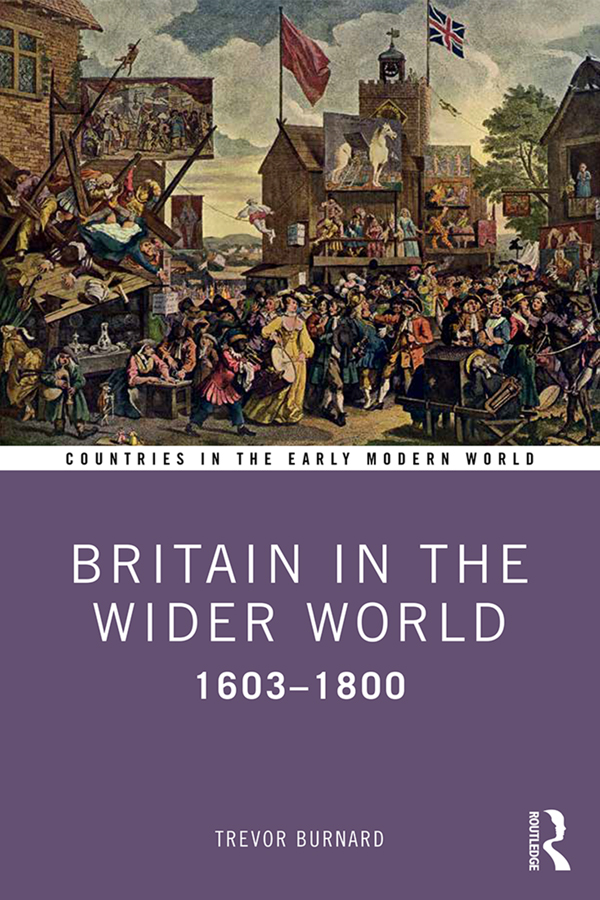 Britain in the Wider World

Britain in the Wider World

traces the remarkable transformation of Britain between 1603 and 1800 as it developed into a world power.

At the accession of James VI and I to the throne of England in 1603, the kingdoms of England/Wales, Scotland and Ireland were united only by having a monarch in common. They had little presence in the world and were fraught with violence. Two centuries later, the consolidated state of the United Kingdom, established in 1801, was an economic powerhouse and increasingly geopolitically important, with an empire that stretched from the Americas, to Asia and to the Pacific. The book offers a fresh approach to assessing Britain’s evolution, situating Britain within both imperial and Atlantic history, and examining how Britain came together politically and socially throughout the eighteenth century. In particular, it offers a detailed exploration of Britain as a fiscal-military state, able to fight major wars without bankrupting itself. Through studying patterns of political authority and gender relationships, it also stresses the constancy of fundamental features of British society, economy, and politics despite considerable internal changes.

Detailed, accessibly written, and enhanced by illustrations, Britain in the Wider World is ideal for students of early modern Britain.

'This book fills a very obvious whole in the historiography of early modern Britain, by adopting a three-kingdom viewpoint and at the same time highlighting the wider, Atlantic and global perspective of the country’s rise to international power. All students of the formation of empire will welcome Trevor Burnard's book.’

Trevor Burnard is Wilberforce Professor of Slavery and Emancipation at the University of Hull. He is editor-in-chief of the Oxford Bibliographies Online in Atlantic History and the author of Jamaica in the Age of Revolution (2020) and The Atlantic in World History, 1492-1830 (2020).

Countries in the Early Modern World