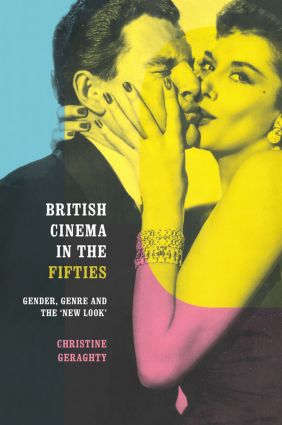 British Cinema in the Fifties

In the fifties British cinema won large audiences with popular war films and comedies, creating stars such as Dirk Bogarde and Kay Kendall, and introducing the stereotypes of war hero, boffin and comic bureaucrat which still help to define images of British national identity. In British Cinema in the Fifties, Christine Geraghty examines some of the most popular films of this period, exploring the ways in which they approached contemporary social issues such as national identity, the end of empire, new gender roles and the care of children.

Through a series of case studies on films as diverse as It Always Rains on Sunday and Genevieve, Simba and The Wrong Arm of the Law, Geraghty explores some of the key debates about British cinema and film theory, contesting current emphases on contradiction, subversion and excess and exploring the curious mix of rebellion and conformity which marked British cinema in the post-war era.

'In this serious but approachable tome, Christine Geraghty examines not only the industry's output, but also what it was like to visit the pictures in the middle of the last century.' - Film Review

Christine Geraghty is a Senior Lecturer in Media and Communications at Goldsmiths College, University of London. She is the author of Women and Soap Opera (Polity, 1991), the co-editor of The Television Studies Book (Arnold, 1998) and has contributed essays on British cinema to a number of important collections.