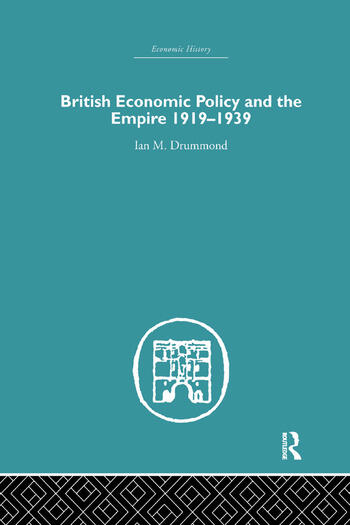 2. the imperial vision: dream and action in the nineteen-twenties

3. Ottawa and after: British protectionism and the Empire after the Nineteen-thirties

1. The United Kingdom Government commits itself to Imperial Preference and Empire Settlement at the first Imperial War Cabinet, 1917

2. The Cabinet Committee on teh Trade Relations of the United Kingdom with the Empire broods upon a system of Imperial Preference, 1918

4. Members of the Government discuss enemployment and the state of trade, 1920

5. The Cabinet Unemployment Committe urges the subsidization of emigrants, 1920

6. The British Government warns certain dominions that they will be asked to contribute to migration schemes, 1920

8. The United Kingdom asks the Dominions to help with Empire Settlement, 1920

13. The Prime Minister of Canada explains his strategy with respect to Imperial Preference

14. J.H. Thomas begs his cabinet colleagues to take some decisions and make some concessions to the Dominions at the 1930 Imperial Conference

16. The permanent under-secretary in the Dominions Office explains British tactics to the British High Commissioner in Ottawa, 1931

17. Sir William Clark reports a telephone conversation with the Prime Minister of Canada, 1932

18. The British government tells the Dominions to speed their Ottawa preparations and to make reasonable requests and concessions, 1932

19. A further conversation between Sir William Clark and R.B. Bennett, 1932

20. The Australian Prime Minister suggests that Australia and Canada coordinate their schemes, 1932

22. The committee of officials reminds teh British Government that it must decide many things before the Ottawa Conference, 1932

23. The Canadian Prime Minister expresses his displeasure with teh aid which the Canadian Manufacturer's Association has given him, 1932

25. Frederick Field reports on the proceedings at the Ottawa Conference, 1932

26. R.B. Bennett and strategy at the Ottawa Conference: advice and assumptions, 1932

28. The Ottawa Agreements with the principal Dominions and with India, 1932

33. Robert Menzies writes to Richard Casey about the Anglo-Australia meat talks of 1935

35. The Cabinet Committee on trade and agriculture discuss the Dominions and trade policy, 1936