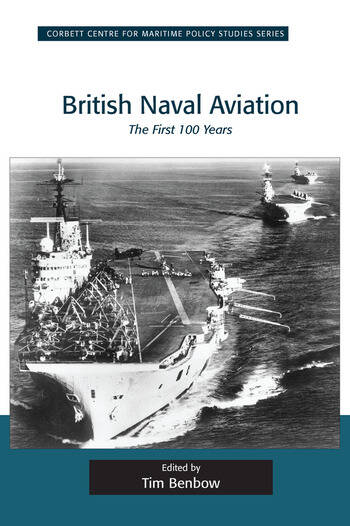 In 1909 the British Admiralty placed an order for a rigid airship, marking the beginning of the Royal Navy's involvement with airpower. This collection charts the Navy's involvement with aviation over the following century, and the ways in which its rapid expansion and evolution radically altered the nature of maritime power and naval strategy. Drawing on much new historical research, the collection takes a broadly chronological approach which allows a scholarly examination of key themes from across the history of British naval aviation. The subjects tackled include long-standing controversies over the control of naval air power, crucial turning points within British defence policy and strategy, the role of naval aviation in limited war, and discussion of campaigns - such the contribution of the Fleet Air Arm in the Mediterranean and Pacific theatres of the Second World War - that have hitherto received relatively little attention. The collection concludes with a discussion of recent debates surrounding the Royal Navy's acquisition of a new generation of carriers, setting the arguments within an historical context. Taken as a whole the volume offers fascinating insights into the development of a key aspect of naval power as well as shedding new light on one of the most important aspects of Britain's defence policy and military history. By simultaneous addressing historical and current political debates, it is sure to find a ready audience and stimulate further discussion.

Tim Benbow is a Senior Lecturer in the Defence Studies Department of King’s College London, based at the Joint Services Command and Staff College, UK Defence Academy. He studied at Brasenose College and St Antony’s College, Oxford and at Harvard University, and previously taught at Oxford and at Britannia Royal Naval College Dartmouth. He is Maritime Historian on the Higher Command and Staff Course and is a member of the council of the Corbett Centre for Maritime Policy Studies.

'This [...] is a serious collaborative academic piece by our foremost naval thinkers and will, I would wager, be an important book of reference for future generations.' The Naval Review '... this book must be read by everyone who has an interest in the history of the Royal Navy and those who take an intelligent interest in British defence issues during the twenty-first century, the arguments described are unlikely to end for many years to come. I recommend this book highly.' The Mariner’s Mirror 'Overall, this is an excellent collection of chapters and an important contribution to the historiography. It covers the 100 years of British naval aviation fully and ably demonstrates just how much it has achieved in the face of constant adversity.' The Second World War Military Operation Research Group 'Rarely does a reviewer have the opportunity to use superlatives in describing a book, but Tim Benbow’s team of authors have indeed done a superlative job in a book that takes the historiography of the Royal Navy Flying Service and Fleet Air Arm to a new and much higher level... The work of Benbow’s team is highly recommended.' International Journal of Maritime History