Building Blocks of Tabletop Game Design
An Encyclopedia of Mechanisms 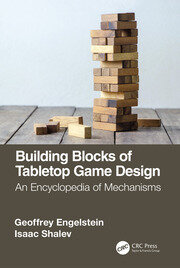 Building Blocks of Tabletop Game Design: An Encyclopedia of Mechanisms

Building Blocks of Tabletop Game Design: An Encyclopedia of Mechanisms compiles hundreds of different mechanisms, organized by category. Each has a description of how it works, discussion of its pros and cons, how it can be implemented, and examples of specific games that use it. Building Blocks can be read cover to cover, used as a reference when looking for inspiration for a new design, help solving a specific problem, or assist in getting unstuck in the midst of a project. This book, the first to collect mechanisms like this in the tabletop game design field, aims to be a practical guide that will be a great starting point for beginning designers, a handy guidebook for the experienced, and an ideal classroom textbook.

Geoffrey Engelstein - is the designer of many tabletop games, including The Ares Project, the Space Cadets series, The Dragon & Flagon, The Expanse, and more. He is the host of Ludology, a bi-weekly podcast about game design in its seventh year, and a ten-year contributor to the Dice Tower podcast with his biweekly GameTek segments discussing the math, science, and psychology of games. He has published GameTek: The Math and Science of Gaming, which was re-published by Harper-Collins in early 2019. He is on the faculty of the NYU Game Center as an adjunct professor for Board Game Design, and has been invited to speak about game design at PAX, GenCon, Metatopia, and the Game Developers Conference. When not talking about, designing, or playing games, Geoff runs Mars International, a product development firm focusing on consumer and medical device engineering. He has a BS in Physics and a BS in Electrical Engineering from the Massachusetts Institute of Technology.

- is the designer, together with his longtime collaborator Matt Loomis, of a variety of board games including Seikatsu, Ravenous River and Show & Tile . He is also the co-host of On Board Games, one of the longest-running and most-respected tabletop game podcasts. Over the last five years, Isaac has interviewed people from every corner of the industry including top designers, publishers, distributors, illustrators, convention-runners, store-owners and more, and brought their insights to the gaming community at large. Isaac also writes about game design at www.kindfortress.com and his series on Tabletop Game Design Patterns is a favorite among game designers. Isaac's eclectic work in the game industry includes advising publishers, editing rulebooks, speaking about game design at schools, running board gaming fundraisers, and organizing PACT - the Playtesters Alliance of Connecticut. When he's not playing games, making games, or talking about games Isaac runs Sage70, Inc., a data strategy consultancy that works exclusively with nonprofit organizations. Isaac lives in Stamford, CT with his wife, three kids, a dog, and a lawn that grows unreasonably quickly. 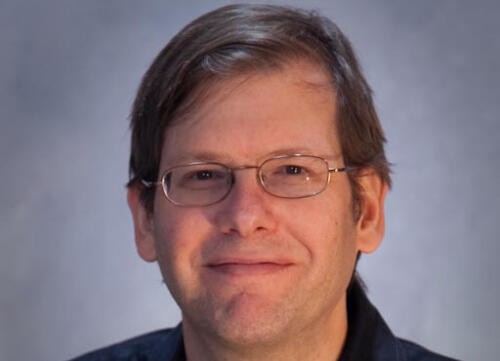 If games were lands to be explored, they would be far too large for one explorer to master. Building Blocks of Tabletop Game Design is a much-needed atlas for the explorer - giving a framework of what to look for in a game, and a focus for game play that will be useful for understanding the whole. The game scholar will find this invaluable.

People talk about the art of game design or the craft of game design. Engelstein and Shalev hone in on the science of game design with a razor-sharp scalpel. This book will be within arm’s reach as I work on games and I expect it to be consulted often.

The most comprehensive and well-researched encyclopedia of game mechanisms that I’ve seen to date. 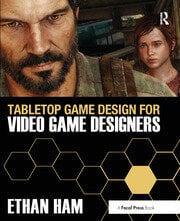